What I’ve learnt in self-isolation on my narrowboat 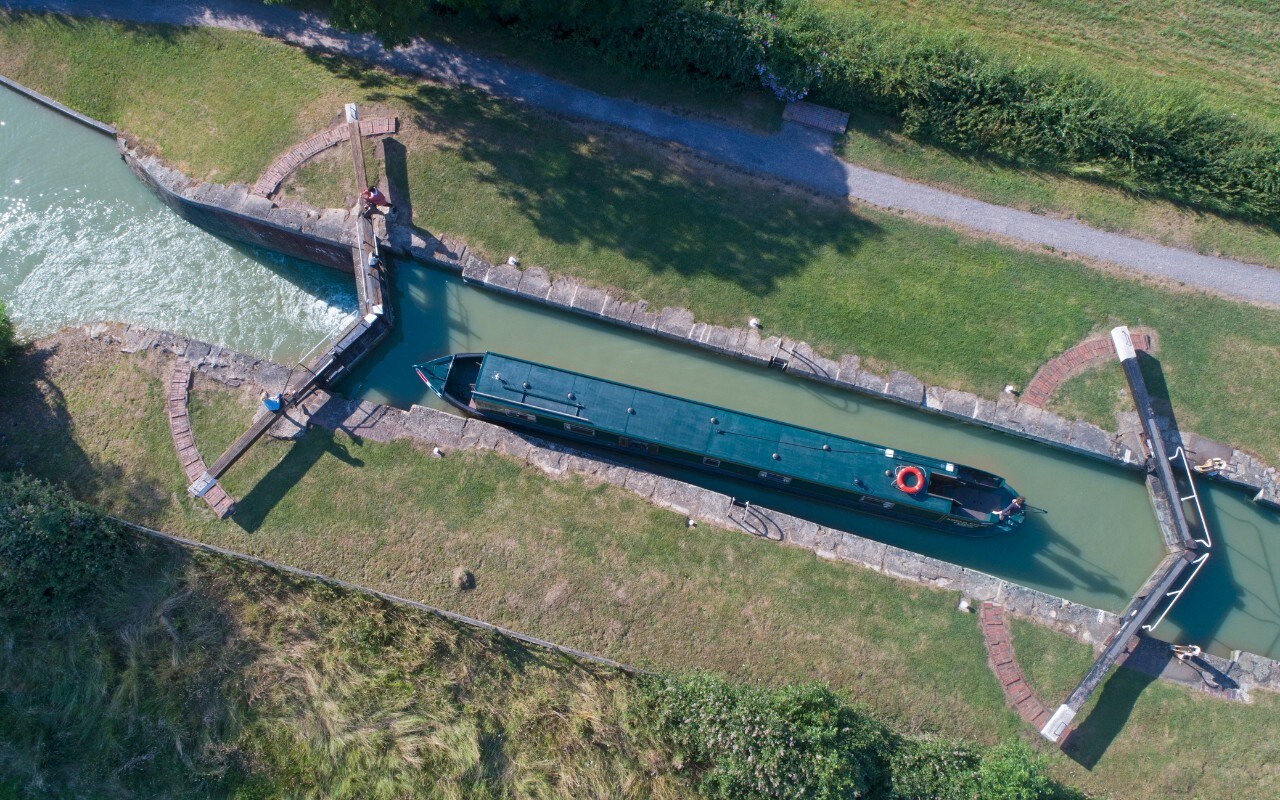 We are all in the same boat. We are navigating challenging waters. We need to stay afloat, keep an even keel and weather the storm. Boats are a useful metaphor in troubling times. My home – a 55ft steel narrowboat – and I are staying afloat, now moored opposite a field, three miles east of Bath. My only visible neighbour is moored 100m away, among flag iris and bulrushes. Behind me, arching over the canal, there’s a traffic-free bridge of Bath stone covered in lichen. In the paddock opposite is a large ash tree from which a robin sings merrily, oblivious to our woes.

Even on the canals, life is slower than usual. Hire boat companies are no longer hiring out holiday boats and, since the new lockdown, the Canal & River Trust has asked all boaters to cease non-essential travel and has lifted the requirement for us narrowboaters without a home-mooring – also known as ‘continuous cruisers’ – to cruise on to somewhere new every two weeks. Walkers, cyclists and joggers have been asked to limit visits to canals. The result is few boats on the move and a towpath that is quieter than ever, at least where I am moored.

Originally, my plan for the next few weeks was to cruise for 30 miles or so, stopping wherever took my fancy for a fortnight at a time, out into the Wiltshire countryside and up the two-mile long Caen Hill flight of locks. This flight of 29 wide locks carries the canal over 200ft up to the top of chalky downland. I still need to cruise occasionally to reach water points to top up my 200 gallon water tank and to empty my toilet – the most unpleasant chore of boating – but now I must limit my cruising and just shuttle to and fro to the nearest facilities, at historic Dundas aqueduct. Perhaps a cruise to Bradford on Avon may become necessary if I need a new gas bottle?

The lack of boating traffic is very different from the Kennet & Avon’s heyday. In 1838/39 this canal, linking the Thames at Reading with Bristol, carried 341,878 tons of cargo, including timber, coal, Bath stone and even the occasional fancy staircase for a Georgian manor house.

On Friday I cruised out of Bath, keen to escape walkers on the towpath and the beeping of construction traffic on a housing development opposite.

Carrying my little home with me like a snail, I puttered beneath a much grander Georgian home that presides over the canal atop a tunnel. Cleveland House was built as the canal company’s headquarters – one of Europe’s first purpose-built office blocks – but it is now a multi-million pound private residence. As I burrowed below its cellars, a swan made the most of the backwash to shoot itself at speed in the opposite direction, passing in semi-darkness. Meanwhile, walkers and cyclists passed through the tunnel on its narrow towpath.

I cruised eastwards past countless moored boats. Glimpses through portholes showed that some are spacious and beautifully fitted out. Others appear to be nothing more than tiny floating sheds, patched together with scrap and tarpaulins. They look as if they may sink at any moment. There is more obvious poverty among the boating community on this canal than I have witnessed elsewhere. A homeless charity, Julian House, does outreach work with the disadvantaged. During this crisis the charity is coordinating extra support via the Kennet & Avon canal boaters’ Facebook page, matching up sick, vulnerable and elderly boaters with volunteers who can shop and do errands for them. The boating community on this canal is also one of the most caring that I have come across.

The handsome limestone with which Bath is built was quarried and mined in the hills above Bathampton. You can see the remnants of such workings on the Bath skyline walk. From this hillside, heavy hunks of stone were riskily trundled down the steep incline to the canal and awaiting boats.

At Bathampton, I filled my tank with water and cruised on. A passing jogger was happy to beef up her work-out by opening a swing bridge for me. In afternoon sunshine, I cruised on along the edges of wooded fields above the River Avon. Over an hour’s pootling – and yet just three miles travelling – I found a new spot isolated and bucolic enough to call home. This mooring turned out to be perfect for the sunny days ahead. The sun rises directly in front of me. If I’m feeling energetic, I do my awkward attempts at sun salutations before an early towpath plod. Then it’s back for porridge, sitting in the bow, facing the sun. During the day as it arcs across the sky, the sun fills the boat with rippling light, unhindered by forest or hills.

“I don’t believe in ageing. I believe in forever altering one’s aspect towards the sun,” said Virginia Woolf. Perhaps this is one reason why this nomadic boat life suits me. As well as the need for energy from my photovoltaic panels, I love to orientate myself towards our brightest star. My boat has a big side-hatch that I open to let sunshine stream in. Sometimes I sling a hammock inside the boat next to these open doors. I swing and read while reflections of sunlight on water play across the ceiling.

There are many simple pleasures I expected to achieve in ten years of boating life: a roof-top garden, abundant with vegetables, herbs and flowers being one. So far, in this and other endeavours – to have a dog, practise art, learn guitar – I have failed. My courgette plants were munched by cattle when I moored in a field and every time I tried to grow rocket – or other salad vegetables – they would bolt in the dryness of roof-top pots while I was away. I am easily discouraged.

Now there really is no excuse. I will plant some seeds – of many kinds – and watch them grow.