the shift from a sunny weekend outdoors to empty streets 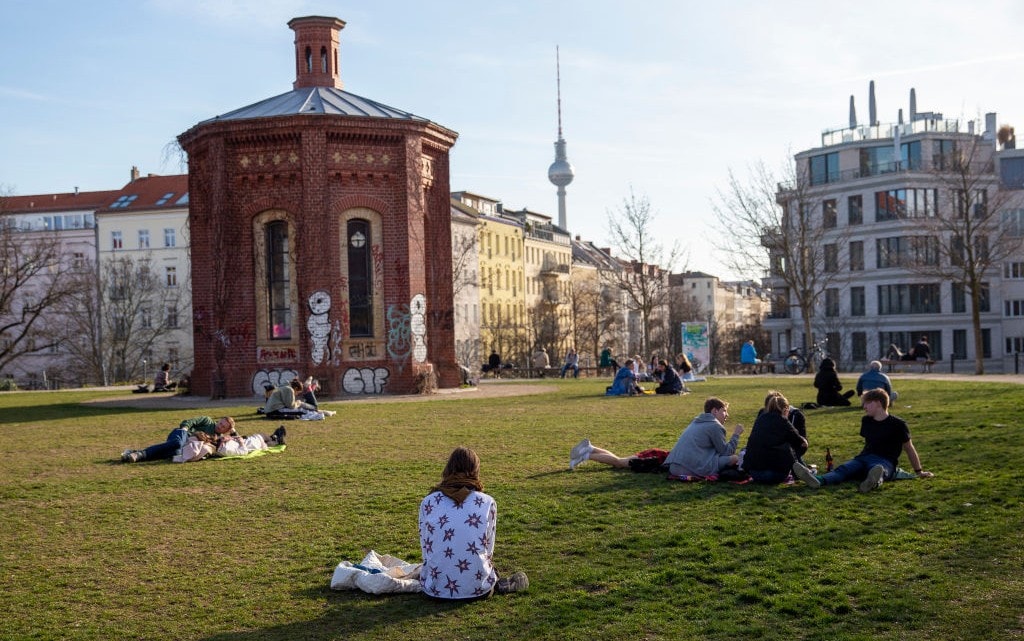 The walks I took around my Berlin neighbourhood and through the city centre over the weekend were undoubtedly the most surreal I’ve ever experienced. On the one hand, we had been told to stay indoors and practice ‘social distancing’ as much as possible; on the other, streets, cafés, shops and parks felt as busy as ever – to the point where it was hard to notice any change from the norm.

The anger was understandable given the stern directives issued by the German government and City Senate in the last week, although they also seemed to be part of the problem. Despite the announcements coming thick and fast before the weekend – the cancellation of ITB travel fair in February, followed by the closure of large-scale events and clubs, then the more recent shutting down of schools, gyms and pubs – they were, for the most part, not effective immediately.

Rather, the bulk of the closures were to take place this week, on Tuesday and Wednesday, presumably to give businesses time to prepare and the population time to adapt. However, the sun also decided to appear at the weekend, breaking several weeks of grey, grim weather. “If the senate aren’t worried enough to close places straight away, why shouldn’t we enjoy them,” shrugged a friend of mine, echoing, apparently, the mindset of thousands of others. I had to admit, there was a certain logic to it.

Monday, despite many cafés, bars and restaurants being already closed, was the same: sunny and busy. Aside from the general Berliner tradition of sticking two fingers up at any kind of authority, part of the problem this time I realised, as I strolled past clusters of teens and students cheerfully barbecue-ing in the parks and gathering in neighbourhood squares, was that the schools were only officially closed from Tuesday. Since they had been forced to mingle together in classrooms all day, what was the point in separating now?

Indeed, according to local news reports, police had to break up several so-called “Corona Parties” on Monday evening, where hundreds of students had bought cases of Corona beer and gathered in parks to say goodbye to each other for a few weeks. “Obviously I would find it totally and needlessly defiant to just organise a house party or something right now,” said one female student I spoke to, who had partied on her university’s campus grounds rather than publicly. “But I also don’t see myself staying locked in at home either. To go out for a walk somewhere and meet with one or two people, and regularly disinfect your hands and mobile phone, seems fine.”

Such comments show how the pandemic has been tinged with confusion and not a little cognitive dissonance from the start. It’s impossible to know if you have the virus unless you get tested, which hardly anybody has; even if you have it, it can take a couple of weeks for symptoms to show, meaning even seemingly healthy people can still be infected; children can get it but are unlikely to fall ill from it; and even if healthy adults do get it, most would survive it and some would barely notice. We are desperate to escape an invisible illness that won’t really harm the vast majority of us, though needless to say the main reasons for containment – to protect the elderly and vulnerable, and stop an Italy-style scenario in the hospitals – are very clear.

In any case, that’s a lot of factors to try and juggle in our heads at once, and has naturally led to a whole new vocabulary and some awkward situations. As relatively easy as it was to stay away from strangers during my walk, it was harder to avoid interacting with a friend I ran into. After bumping elbows and laughing, he told me he had just been to the doctor with a cough and been signed off work for the week. I instinctively stepped backwards, ostensibly as a joke, but we both knew I wasn’t completely joking. I have also noticed a lot more sidestepping on the pavements. Or is that just my imagination?

Surreal social interactions aside, there has also been a lot of uncertainty for businesses. From this week onwards only “essential” shops are allowed to stay open, which so far includes supermarkets, pharmacies and – thank you Germany! – bookshops. I discovered for myself on Tuesday that the rumours of Berliners panic-buying pasta, toilet roll and milk were true, but a smaller local shop had some in stock – for now. My local bike shop was still open too; the owner was fairly philosophical, saying he would stay open as long as he was allowed, and then try and keep orders going by telephone if and when he had to close.

Others are less sanguine. While the government has said it would release funds to bolster the economy as big companies such as Volkswagen and Tui start to struggle, details for smaller companies, as well as freelancers, have been vague.

“At the moment everything is a bit confusing,” says Philipp Brokamp, owner and head brewer at one of my favourite Berlin pubs, Hops and Barley. “Pubs have to close, cafés and restaurants can be open from 6am-6pm, but the tables have to stand 1-5 metres away from each other. So why are there queues in front of ice cream shops, why can you still drink a coffee everywhere, but the pubs have to close? I have to think about paying rent and money for 13 employees and the government says help will follow, but I don’t know what kind of help? Of course everything is very new, but more detailed information for us people who have zero income at the moment would be good.”

It’s during crises like these that local communities often start to shine, and people are naturally coming together to help, supporting their local restaurants and stores by ordering online, and starting social media initiatives like the #Nachbarschaftschallenge (neighborhood challenge) to help those who are most at risk. On Monday a handwritten sign appeared in the hallway of my residential building with a phone number and an offer to go shopping for anyone elderly.

So in many ways life goes on. But the current fear among people I know, and on my social media feeds, is that due to not enough people taking the regulations seriously, or because of a new spike in infections (or both), we will soon have to endure a more stringent lockdown, like Spain and France. Angela Merkel’s address to the nation last night, her first in 14 years, made this quite clear. “The situation is serious,” she said. “Take it seriously. Not since German reunification, no, not since the Second World War has our country faced a challenge that depends so much on our collective solidarity.” Berlin mayor Michael Müller was even more blunt. Referring to both the ongoing public gatherings and panic-buying he said he would be forced to close parks and gardens, and initiate a curfew, if it didn’t stop.

One thing above all seems quite clear: we are still very much at the beginning of whatever this is.