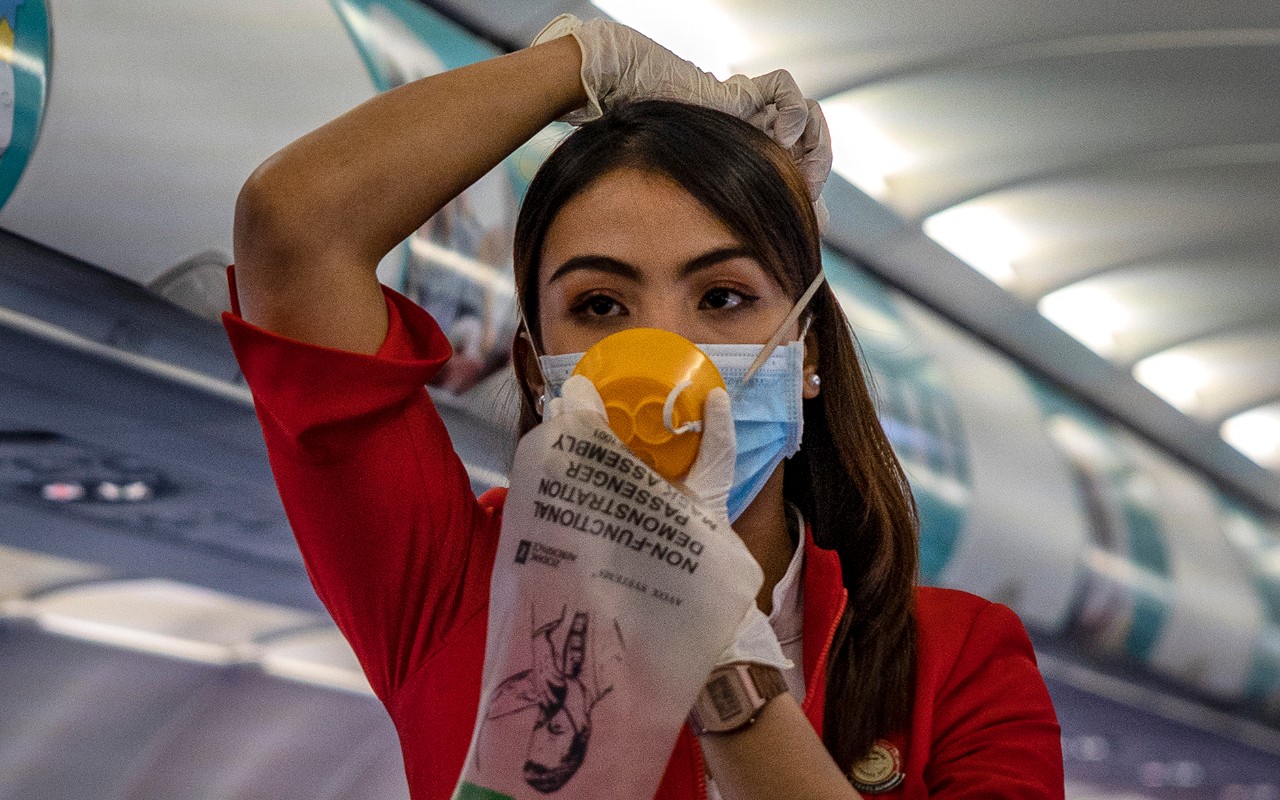 As coronavirus cases exceed 120,000, entire countries are put on lockdown and more people are being told to self-isolate or work from home, many travellers are cancelling or delaying their holiday plans.

As a result, some airlines and tour operators are reducing prices to lure in passengers, which has led to a new phenomenon, primarily amongst millennials – the rise of the so-called ‘#coronavacation’, for those willing to take the risk.

The hashtag was first used on January 25, by Twitter user @noschool4me, and has since been used hundreds of times, mostly by Americans, sharing their holiday plans on social media.

One user, @e_ame, said “Flights are so cheap right now I might mess around and take a coronavacation”.

Another, @rowdybt, posted a picture of himself on a flight wearing surgical gloves and holding Dettol antibacterial wipes, saying: “Me on my $43 flight to my $20/night 5-day Coronavacation”. It has been liked over 50,000 times.

Another Twitter user, @mrk9217, said on March 8: “Planning a long weekend in California in hopes of extending it to a coronavacation.”

One Capri Nicole told NBC that she has booked a cheap flight to visit her unwell grandmother. “If I die, I die. I miss my family,” she said.

As it stands, British nationals are being recommended against all or all but essential travel to Iran, China and Italy, plus three cities in South Korea and four island resorts in the Maldives. Everywhere else in the world is “green lit” when it comes to coronavirus (although things change, so check the Foreign Office website before you go).

However, people looking to book a “coronavacation” to certain parts of the world will have to keep an eye on whether they need to self-isolate following their trip, if they are showing flu-like symptoms.

Britons travelling back from the countries with travel warnings must call NHS 111 self-isolate, regardless of symptoms. Then anyone travelling to Mainland China, the rest of South Korea, Cambodia, Hong Kong, Japan, Laos, Macau, Malaysia, Myanmar, Singapore, Taiwan, Thailand and Vietnam will have to call NHS 111 and avoid human contact if they fall sick after a trip.

There is another risk, of course, to booking a cheap flight or holiday during the coronavirus outbreak. Just two weeks ago, easyJet and Ryanair were offering low air fares to Milan and Venice – from £19 each way.

Some passengers who jumped at these low prices will have found themselves in Venice or Milan this week when the nationwide lockdown was announced, and will now be struggling to get home as airlines cancel flights to the country. Today, British Airways announced they have cancelled all flights in and out of Italy until April 4. Ryanair has cancelled all Italy flights until April 8, and easyJet is in the process of cancelling all its Italy flights.

Still, companies continue to drop prices to lure in holidaymakers. Telegraph Travel reached out to a number of tour operators, who have shared details of their best last-minute travel deals.

So are we going to see more of these kind of holiday bargains? Sonia Davies, the chief executive of leading tour operator Scott Dunn, thinks so.

“Tourism for many countries is a major part of the economy and companies will want to do all they can to encourage demand,” she said. “We work closely with our suppliers to arrange exclusive deals and it is likely there will be more offers to tempt people to book, and to book with confidence.

“We saw this happen following the very sad events in Sri Lanka last year – once the situation stabilised and governments lifted their travel restrictions, there were some great offers and we saw our bookings to Sri Lanka bounce back quickly.”

Whether or not flights will be dropping on a wide scale is another question. According to Emma Wiseman, a spokesperson for Skyscanner, the flight comparison website, average seat prices were actually up a little year-on-year for February, with the summer recording similar increases. “We are in a dynamic situation right now,” said Wiseman.

“As the travel market responds to changes in demand and adjusts supply accordingly, we often see price fluctuations,” she added.

“While some destinations might be experiencing price increases in the short term, looking further ahead to the key summer months prices remain static. It’s too early to say if recent events are likely to drive any permanent changes to flight pricing.”