The lessons history can teach us about coronavirus, and how long it might last 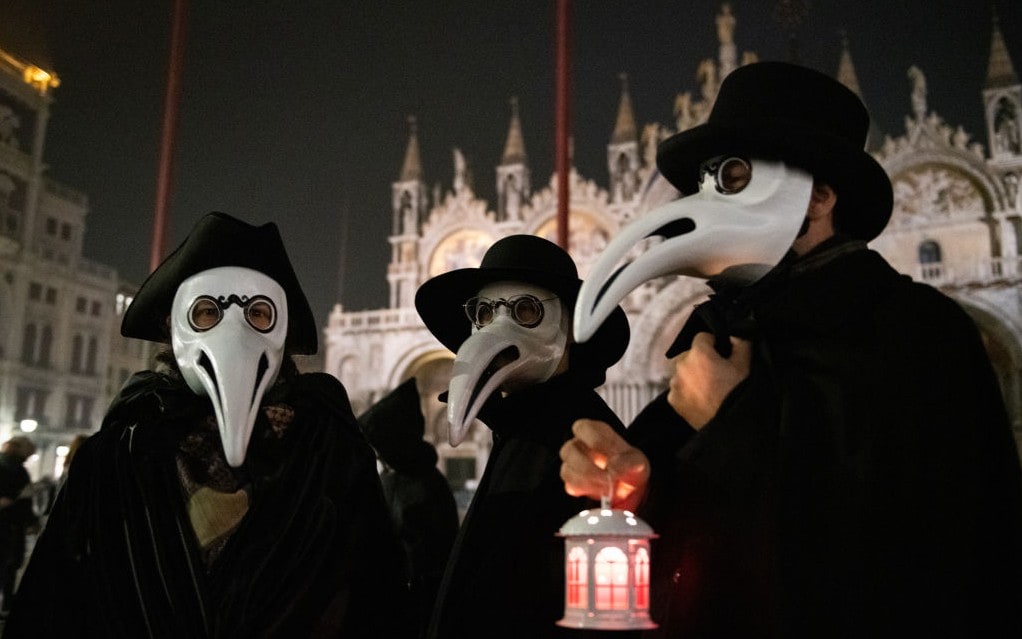 Dr Alex Rosenberg, historical author and professor of philosophy at Duke University, on all the things we can learn from past plagues, and the trap China fell into

It is hard to know, on a day-to-day basis, how seriously we should be taking the threat of coronavirus. And that’s the most disruptive thing about it: the uncertainty. Looking for straws in the wind, the obvious place to search is in the past, at patterns observed in previous plagues. In times like this, historians will be the authority for many. We know from looking back to expect three things: disinformation, scapegoating and mass quarantines (which work, by the way).

Italy, currently the worst hit region in Europe, has plenty of practise with pandemics. Long before tourists were flocking there for holidays, Italy was the heart of the Roman Empire; a busy hub with a steady flow of people passing in and out – merchants, politicians, soldiers, slaves – and thus the perfect breeding ground for disease.

The Antonine Plague of 165AD, which emerged and spread from what is now Asia and the Middle East, killed an estimated five million people; a quarter of all those who caught it. This had a drastic effect on the economy and on Roman expansion. Several centuries later, in 542AD, the Plague of Justinian swept in from Central Asia and killed up to 50 million people, about half the global population at that time.

Most famous though was the Black Death of the 1350s that eradicated at least a third of Europe’s population; carried, again from the east, into Italy via Genoese merchant ships. Cultural echoes of this disastrous period still linger in the beaked plague doctor masks that are today sold as tourist souvenirs across Venice.

Most recently was the 1918 Spanish Influenza, which infected nearly a third of the world’s population and killed around 17 million. As with all these pandemics, false information spread faster than disease. The only reason we call it the ‘Spanish’ flu is because Spain was neutral during the First World War and not under military censorship, so news broke there first, despite the fact that it had already been raging in France for weeks without many people – their hands rather full with the war – being aware of it.

As we know now today, disinformation in China at the start of the coronavirus outbreak carried grave consequences. But the Chinese authorities got it right with their aggressive quarantine response.

Isolation is a natural human reaction, even when we haven’t the slightest idea what an infectious agent might be. The few scattered towns of Europe that escaped the Great Plague in the 14th century were very ones that closed their gates to all strangers. Not everyone benefited, of course; it was here, too, where violent pogroms were most often waged against non-Christians, including Muslims and Jews.

The Great Plague had problematic implications for the upper classes too, presenting a huge social and economic threat to their way of life. Far fewer serfs meant no one to work their land, greatly reducing its value. And the peasants who did survive were now in a position to demand higher wages, or escape to the towns. Almost immediately, secular and ecclesiastical edicts against the mass movement of serfs were promulgated. But enforcement was difficult, and by the time the plague had passed through, circumstances had changed enough to usher in the Renaissance and the Reformation.

Another inadvertent consequence in the 14th century, aside from social transformation, was environmental change. For a while, the decline in agricultural production that followed the plague had an impact on the human production of at least one greenhouse gas: carbon dioxide. A hundred years later came the Little Ice Age, and with it several centuries of lower temperatures and abnormally poor harvests.

Whether the former was a factor in the latter has divided scientists, but there is no doubt that the coronavirus crisis has temporarily reduced China’s carbon footprint. With the country starting to recover now, pollution, traffic and air travel have been returning to their pre-outbreak levels.

The good news – especially for the travel industry, which has been particularly hard hit – is that this plague probably won’t last long. The Spanish influenza went from its peak in October of 1918 to almost no new cases within a month, at least in the hardest hit places.

It will also get less dangerous. Darwinian theory dictates that the most infectious strains of the virus will be the least deadly. Lethal disease vectors, like any parasite, eventually succumb to their own success. If too many hosts (in this case humans) are killed off too quickly, there is less to spread. Milder versions that evolve will survive better.

No one noticed for a long time after the Black Death, but in its aftermath, the surviving population of Europe were effectively inoculated, and despite repeated recurrences of the plague, including in London in the 1660s, it never ravaged society with the same intensity again. So the Black Death performed a selection for resistance that limited the plague’s subsequent impact. For us, soon, that will come in the form of a vaccination.

The lessons to be learnt from China are not indifferent from those of plagues past; that suppressing information or distributing untruths is a bad approach, but that quarantine efforts, however overzealous they might seem, are a good one. The re-ignition of dormant xenophobia, as we’ve seen with coronavirus, is a given, bred from panic and hysteria, but it’s not nearly as dominant today as it was in the Middle Ages.

As has happened before, the economic and societal impact will be substantial; there will be many losers – Flybe is one of them – and inevitably some winners. There’s nothing quite like a pandemic to divide people, but also to strengthen camaraderie among others and to inspire progress and innovation.

The travel industry will bounce back, albeit pruned of the weaker operators who don’t survive the lull. Will people fly less, given the industry’s pivotal part in the spread of coronavirus? No. Humans have been stomping fearlessly from place to place for hundreds of thousands of years; we’re unlikely to rein that in.

Lastly, should you cancel your holiday to northern Italy? Perhaps. But once this virus has burnt itself out, make sure you return, and when you do, bask in the enduring glory of its Renaissance. We’ve got the Black Death to thank for that.

Dr Alex Rosenberg’s new book, The Intrigues of Jennie Lee, will be published on May 29.