The best travel boxsets and shows to watch 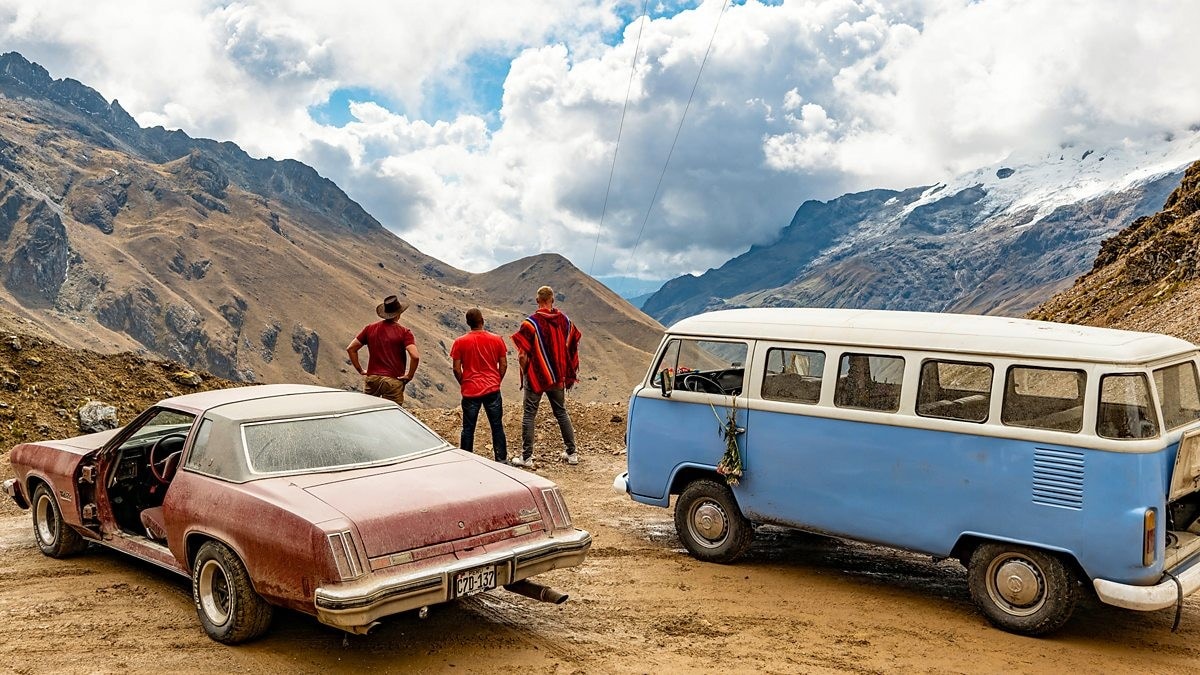 Stuck at home wishing you were somewhere else? Virtually escape around the world with these travel-heavy TV boxsets. Ranging from food and crime to time-travelling romance, all will make you feel as if you’re a million miles away.

Planet Earth will transport you hundreds of miles away without having to leave your sofa. The 2006 television series was inspired by the success of 2001’s The Blue Planet, a series on the natural history of the world’s oceans, and was the most expensive nature documentary series ever commissioned by the BBC. It was also the first to be filmed in high definition, and featured the dulcet tones of David Attenborough. The six part series of Planet Earth II was released in 2016 and is just as worth watching; a third one will be released in 2022.

2. The Trip to Greece

The Trip, a TV show that followed Rob Brydon and Steve Coogan eating, drinking and getting annoyed at each other around the Pennines, first aired in 2010. The formula was simple but with the characters of Brydon and Coogan behind it, the series was transformed into a fiercely compelling watch. Now the hilarious duo are back this year for their fourth series, this time in Greece. Watch for stunning shots of the country interspersed with bad hats and great food.

Travel back in time to 18th century Scotland in this action-romance series based on Diana Gabaldon’s supernatural historical romance novels. The plot centres around a former Second World War nurse who accidentally finds herself in the time of the Scottish rebellion. The power struggles and politics are all framed by some of the country’s most beautiful scenery and landmarks – like 13th century Doune Castle and mystical Finnich Glen.

Netflix’s new food show is in the style that Netflix is becoming known for – that of Ugly Delicious, Salt Fat Acid Heat and Chef’s Table. It goes without saying, if you enjoyed those, you will enjoy this newest addition to the genre. A hybrid between a travelogue and a cooking show, the series hones in on one of the world’s great obsessions: street food. But where it differs from its predecessors is its focus on the lives of those providing the dishes, and the sometimes backbreaking work they go through. A worthy watch for anyone who chooses holidays based on their belly.

With so many travel shows floating around out there, it can be hard to not feel a bit numbed by them all. Thankfully, Richard Ayoade is here to provide blessed relief, with a travel series that is different in both format and character. Each episode is surprisingly short, zeroing in on eking the absolute maximum from a roster of major cities in only 48 hours. Ayoade himself is brilliantly curt – savour every bit of his ruthless approach to travel now, as comedian Joe Lycett will be replacing him in the upcoming series.

What is it about Scandinavia and murder? A whole host of gritty, tense thrillers and crime dramas (The Killing, Bordertown, Wallander, Occupied) have come out of the country, with grisly deaths juxtaposed against the heartachingly beautiful scenery. Lilyhammer is possibly the most lighthearted of the lot, with an ex-gangster asking to be sent to Norway under witness protection: season three has just come on Netflix.

Though predominantly a car show, Top Gear is good for a little wanderlust, too. The most recent season (28) has already featured driving second-hand convertibles on a ‘British summer holiday’, a panoramic mountain expedition across Peru, and a road trip through the glorious Yorkshire countryside.

This 2018 documentary takes you on a less expected travel journey. Though most people’s holiday plans would involve a bit of sunshine, some nice meals and maybe a beach or two, Dark Tourist is about places associated with death and tragedy. Host David Farrier visits a different location in each episode, going on the trail of vampires in New Orleans and waving a geiger counter around in Fukushima. It’s surprisingly fascinating (though at times morbid) viewing.

Jamie Dornan (50 Shades of Grey) and Gillian Anderson (The X-Files) come together in this brilliant Belfast-based series. The former is a serial killer, while the latter is a detective drafted in to catch him. A tense cat-and-mouse game follows, predominantly through Northern Ireland’s capital – expect plenty of beautiful shots of Belfast’s famous murals, Victorian architecture, and general dreamy city break visuals.

If you’ve not seen Big Little Lies, the must-watch series of 2019, it’s high time you did. Reese Witherspoon, Nicole Kidman and Shailene Woodley play three mothers living in Monterey, California, with a dramatic murder (and a whodunnit plot) set against the spectacular Pacific coast. Pristine beaches and dramatic ocean-view drives lurk around every corner.

For a bit of a throwback, put on Long Way Round, a 2004 travel series that sees actor Ewan McGregor and British presenter Charley Boorman working their way from London to New York via motorbike, travelling through Europe, Asia and Alaska to get there. A second series was made in 2007 – Long Way Down – with the pair cracking their bikes out for a trip to Africa, but you can’t beat the original. A third series, Long Way Up, is set for release this year.

This hugely popular British thriller stars Jodie Comer as glamourous deadly assassin, Villanelle and Sandra Oh as the MI5 spy, Eve, set on catching her. Though the plot is gripping enough in its own right, the series travels through a huge number of destinations as politicians and perfumers alike are murdered in stunning Tuscan villas, thumping Berlin nightclubs and picturesque British villages.

Need a little uplifting? The Kindness Diaries is a particularly joyful travel series, with host, Leon Logothetis, traveling around the world in a bright yellow VW Beetle, relying entirely on the kindness of people he’s never met. Expect to need a tissue or two.

What shows are you watching to sate your appetite for travel? Let us know in the comments below.