Postcards from the US states under coronavirus lockdown 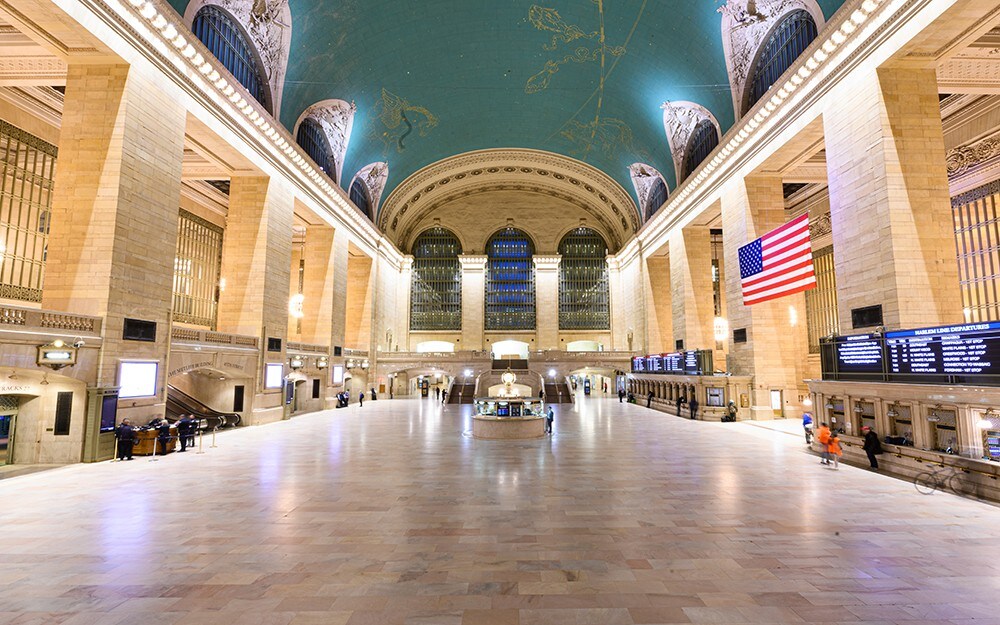 With coronavirus forcing the United States to close its borders, Telegraph Travel asked its experts around the country to describe the situation on the ground

Among other things – food, art, colossal cocktail prices, for example – New York is renowned for its frantic pace. And, in true style, the coronavirus epidemic here escalated fast. In the space of four days between March 13 and 16, the city went from advising employees to work from home to forcibly shutting all school, museums, galleries, libraries, theatres, cinemas, bars, restaurants and non-essential shops and services, until further notice. Cabs and subways are still operating, but the city’s 8.6 million residents prefer to walk, cycle or run in the fresh air; many in stylish black face masks. The Statue of Liberty is cordoned off, Times Square, Broadway and the Brooklyn Bridge deserted; in a city that welcomes over 65 million tourists every year, the impact is already being felt – hotels are closing en masse and indefinitely, including the biggest, the gargantuan 1,800-room Hilton MidTown on Sixth Avenue, and the glamorous, super high-end Baccarat. Who, really though, could be arriving to stay in them? On Wednesday the US border with Canada was closed, and a ban remains in place on all flights from Europe. New Yorkers are a stoic (and tech-savvy) bunch though, adapting to social distancing with digital hangouts and at-home happy hours. If, however, the threat of Sheltering in Place becomes a reality, expect the as-yet-open liquor stores to become battlegrounds, wrestling over the last bottle of decent pinot. Jane Mulkerrrins

Orlando has borne the brunt of Florida’s tourist shutdown, with all the theme parks and other attractions – that welcome 75 million annually – closed for the foreseeable future, an unprecedented situation. Walt Disney World shut its parks on March 15, as did Universal, SeaWorld and Busch Gardens in Tampa. We watched an emotional final evening at the Magic Kingdom as staff said a tearful farewell to guests. In theory the closure is until April 1, but few believe things will resume for at least two months. Many restaurants are closing; ones with drive-thru or to-go windows remain in business, and popular. With the USA now barred to European visitors, we’re seeing busy areas including International Drive in Orlando and Ocean Drive in Miami become ghost towns. Not to mention, Florida’s huge cruise business is at a standstill, with ships having to rotate in and out of port as there isn’t enough space for all at once. Susan & Simon Veness

When Chicago cancelled one of its most celebrated traditions – dyeing the Chicago River green for St. Patrick’s Day – it signalled the start of an extraordinary time. Across Illinois, schools and businesses are shuttered, and people are urged to stay home. Busy places, such as Navy Pier in downtown Chicago, are now eerily empty. Finding essentials like milk, eggs or toilet paper is a challenge, as panicked shoppers emptied grocery store shelves. All youth and professional sports cancelled or postponed their seasons, crushing the hearts of fans (especially those of the University of Illinois men’s basketball team, who were having their best season in years). Adding to the discomfort is Illinois’ wet spring weather, forcing people indoors, a challenge for working-from-home parents. However, the pandemic has been hardest on Illinois’ elderly, who must stay quarantined. Social media teems with heartbreaking photos of nursing home visits through outdoor windows. Jamie Bartosch

At midnight on March 16, a near-unprecedented scene occurred in New Orleans’ historic French Quarter: some bars called last orders. Usually open 24 hours a day, the bars followed the state-wide order from Louisiana Governor John Bel Edwards that all bars, casinos and movie theatres would be closed, and restaurants limited to delivery, take-out and drive-through orders only. The situation will be re-evaluated come April 6, leaving the state’s thousands of service industry workers with a very uncertain few weeks ahead of them. In addition, gatherings of 50 people or more have been prohibited until that same date. All schools, colleges and universities in Louisiana have also been shut down, with tuition moved online. With so many people in the region reliant on the forthcoming tourism and festival season (Jazz Fest, New Orleans’ largest music festival has been postponed to autumn), it’s a testing time in New Orleans and across Louisiana. Paul Oswell

While up until recently Covid-19 panic in California had been largely contained to Northern California, particularly the Bay Area – in San Francisco, members of the public have now been asked not to leave their homes except for “essential needs”, which include visiting pharmacies, supermarkets, banks and petrol stations, for at least three weeks – evidence of the crisis is now hitting Los Angeles hard. Supermarket shelves across the city are bare, with residents turning up at 6am to get the first stock of the day only to find car parks full and stores fit to bursting with people but no food. The Governor of California has called for a state-wide closure of all dine-in restaurants for the foreseeable future, and in LA bars, clubs, cinemas, concert venues, gyms and certain retail stores (including Macy’s and Apple Stores) are now closed. On the plus side? LA traffic has never been so quiet, and driving from Santa Monica to West Hollywood now takes half the time. Luciana Bellini

Walking outside in my West Philly neighbourhood, it’s easy to forget there’s a pandemic going on. The roads are busy (though traffic’s not bumper-to-bumper as it normally is during rush hour) and folks are stopping curbside to pick up takeout from their favorite restaurants. The drive-thru Starbucks seemed particularly busy. With joggers and dog walkers enjoying the nice weather, it feels more like a lazy Sunday than a city-wide shutdown. Last weekend I saw large groups of young people entering bars for early St. Patrick’s Day celebrations, but that was prior to the city’s order banning dining in at bars and restaurants. Philadelphia’s mayor was slower to call for these measures than several other major U.S. cities, expressing concerns that closing schools and businesses would deepen the poverty issues that plague the city already. Just across the street from me is Montgomery County, which is much sleepier. Pennsylvania’s governor had ordered the shutdown of non-essential businesses in Montgomery County before Philadelphia since Montgomery County has 40% of the state’s coronavirus cases. Erica Moody

The first Covid-19 death in Texas was confirmed on March 17, and as of the 18th the state reported just under 100 cases. Most school districts have closed schools for weeks, into April and possibly through the rest of the academic year, depending on how things evolve. Most metropolitan areas have closed bars and restricted restaurants to takeaway service, and gatherings of 50 or more people have been banned or strongly discouraged. The most massive of these is the South by Southwest Festival, which was cancelled on March 6. SXSW attracts more than 100,000 people from around the world – I was one of these, and the cancellation made a huge impact on me and everyone else, as well as the city. The festival has morphed into multiple efforts to provide online events such as film screenings and live-streamed musical performances. Several funds have been set up to support those heavily affected by the festival cancellation, as well as Texas citizens drastically impacted by the virus in general. Shelley Seale

In Colorado, where ski areas have been anticipating the arrival of Spring break guests, Gov. Polis has ordered all resorts closed, serving a big blow to the state’s largest industry. Denver-based Alterra Mountain Co. suspended operations at all 15 of its North American resorts, and Broomfield-based Vail Resorts did the same for its 37 resorts around the world. Hopes for Colorado’s on-a-roll hockey team to win the Stanley Cup were dashed as NHL shuttered arenas around the country, sending players home. In Denver, Mayor Hancock has closed all bars and restaurants, except for delivery, takeout and room service. We are buying gift cards to support our favourite restaurants. The drive-up mobile testing lab, one of the first in the country, will move around Colorado so officials can analyze where and how the virus is spreading. Colorado National Guard personnel will staff the sites. Claudia Carbone