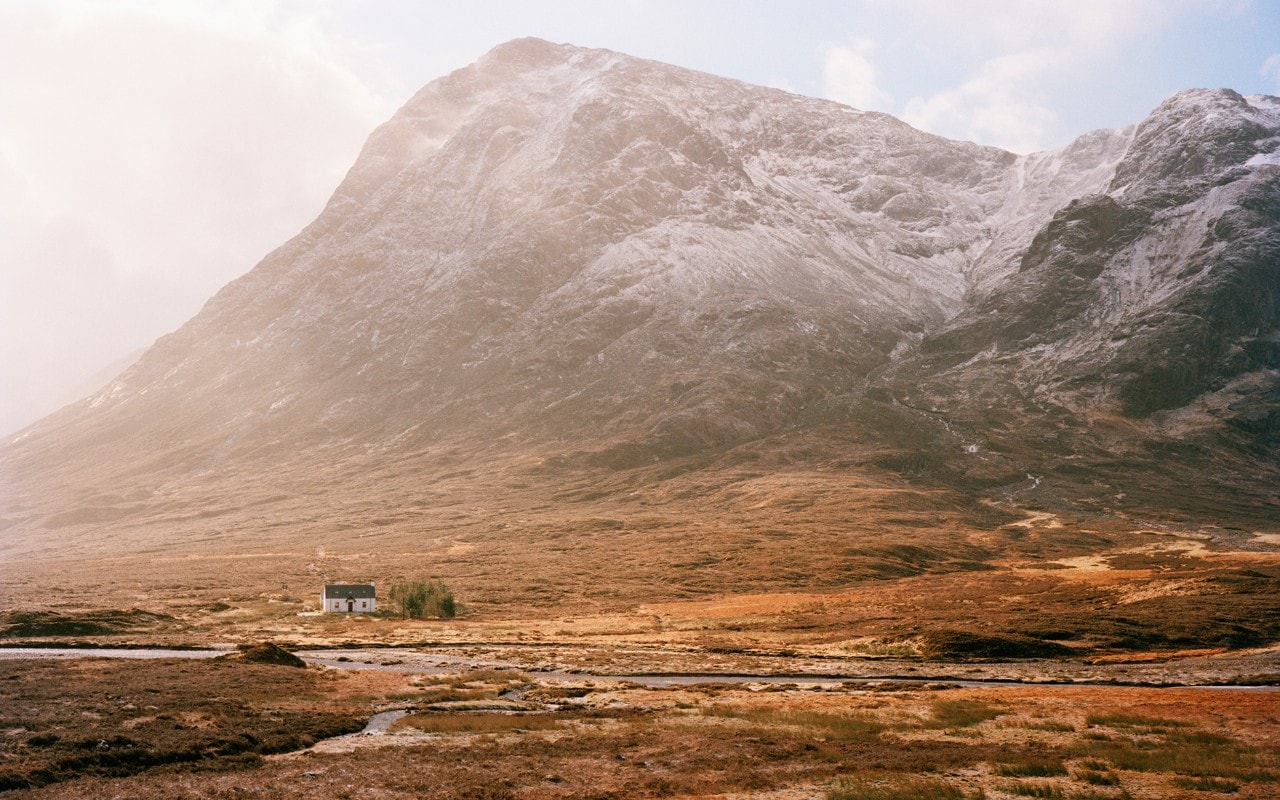 I have been to the Sahara, the Nullarbor Plain in Australia and other bleak places, as you might expect, but for the sheer thrill of the back of beyond I find Scotland hard to beat. What I mean is the Highlands, and the sort of minimally priced, up-a-drive-with-the-front-windows-needing-paint hotel I ended up at early in my career.

In those days, the person in charge of me and my agenda would say: “I’m afraid we are leaving too early for the hotel breakfast tomorrow.”

I’d raise an eyebrow. “What time?”

“But I have got us some Thermos flasks. So, if we pass anywhere selling coffee, we can fill them up.”

In the Cairngorms? And off we would go. We’d do a day’s filming in the mountains. There was no coffee on sale. We’d get very wet and cold, and when we got back we’d have missed dinner because it was 8pm.

“OK. Is there a restaurant nearby?”

Checking into a hotel in Mallaig, I forgot myself. “I wonder… can I order a paper for the morning?”

“A newspaper, you mean?”

“We don’t get the newspapers in the morning.”

“We are a long way north. They’ll be here by the end of the afternoon.”

Mel Smith and I used to tour. We visited big cities and fake mahogany hotels. I fancied that we would have a more restful time staying in a lovely country house hotel and found one near Aberdeen. To begin with, Mel wouldn’t get off the tour bus. I overcompensated by loudly praising the Victorian gargoyles, the vast bedrooms and huge sofas. He turned up his collar and came inside.

At 6pm we ate an old-fashioned plate of gunk, served by a woman in a hairnet, then went into Aberdeen to do the show. It was over by 10pm and we were back at the hotel by 10.30.

I hammered loudly on the great oak door. The porter from Macbeth eventually arrived.

“We are staying here.”

“What sort of time is this?”

He handed us our keys and stood aghast as we entered the grand baronial lounge.

“Are you staying up, then?”

I wrenched half an oak tree out of the log basket and lugged it on to the fading embers in the baronial grate. Mel ordered a single malt. But the fire went out. We went to bed 10 minutes later. They had turned the central heating off for the night.

I got down to breakfast just before it closed at 8.30am. Mel appeared at lunchtime. In the absence of a TV or any personal interest in reading, he had decided to phone room service after we had gone up to our rooms the night before.

“Yes?” a querulous voice had asked.

“It is 1am, and I am only here for emergencies.”

We never stayed at a country house hotel again, in the 10 years that we worked together.

Even recently I have found that, though you can get an English newspaper in Patagonia and Wi-Fi across Africa, at B&Bs in Scotland they don’t think you should have them. As a matter of principle.

But sometimes things have an unexpected upside. Driving just north of Fort William, we stopped for petrol. The station was run by a brusque Yorkshireman, and it had a coffee machine. A proper one.

I pressed a button, got an espresso and went up to pay. The Yorkshireman looked at it and said: “Oh my God, it’s doing it again.”

“It’s giving you a dribble. Take it back, lad, take it back and press it again until you get a proper coffee.”

So I did. Three times. It set me up to conquer Ben Nevis.