My memories of Europe’s last cholera pandemic, just 47 years ago 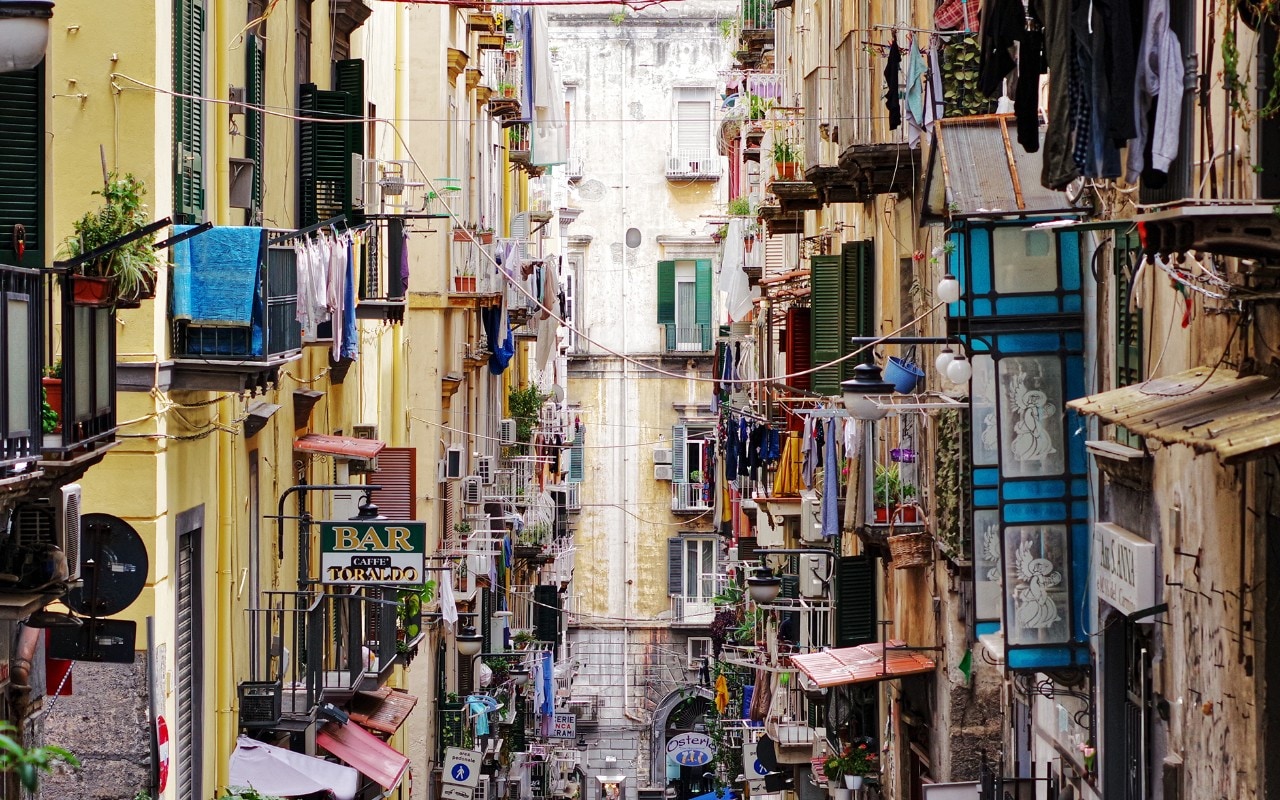 On the list of places in Europe you don’t want to be when a pandemic surges, Naples would rank pretty high. The city has its charms, but not that many, and hygiene, sanitation and discipline generally aren’t among them. That’s today. Now wind back 47 years, to when Neapolitan life was even poorer, more impenetrable and more precarious yet.

In summer 1973, the city festered under the August sun. The smells were pungent – and (though we didn’t appreciate it) panic was in the air. Cholera! Yes, really, cholera. A pandemic, the most serious outbreak of the disease in the Naples area since 1884, had its epicentre on the Campania coast. Polluted mussels were apparently to blame. Or perhaps not. Hospitals were reeling. Talk about being in the wrong place at the wrong time. But that’s exactly where we were, three hapless numbskulls from Lancashire – two students and a bathroom salesman – with barely a word of Italian between us. In short, I have form with little-understood pandemics.

We had no idea what was going on around us as we bussed out from Naples – too big, too noisy, too hot and teeming, altogether too much – to a Sorrento campsite. We did so just in time to miss four days of rioting. Neapolitans were upset that the city had almost no supplies of anti-cholera serum. It’s difficult now to believe that one could be utterly innocent of widescale medical and social upheaval but, before smartphones, the internet and social media one could, and did, travel in a bubble of one’s own concerns. Ours were food, wine, sun, sea and, um, romance. (We managed the first four fine; the last, love in a time of cholera, proved elusive.)

Unbeknownst to us, cases were exploding from an initial 11 in the resort of Torre del Greco to hundreds across the coastal region. Lemons, whose acidity was thought to protect against the virus, leapt in price to the equivalent of £2 a pound (this in a region where you can’t move for lemon trees). Anti-biotics disappeared from chemists’ shops to reappear on the black market. Sales of fish were banned.

We pitched our tent on a spot overlooking the sea. We were happy to settle temporarily for, thus far, the hitch-hiking holiday had had its ups and downs. It had taken two days to thumb it out of Domodossola (if you know this dour Alpine town, you’ll appreciate what a joy that was). Our tent had been blasted into a tree by an end-of-the-world storm near Florence. We’d brawled with Roman yobs using razors to slit open the end of our sleeping bags – where cash and passports were stashed – as we slept out among other international youth in a park near a station.

So Sorrento was a sun-roasted relief. We didn’t notice Italian-registered cars leaving in droves. We were pleased to bag a sea-view table at the cheaper of the restaurants that evening. Well, pleased for a moment or two. Then the waiter came over with menus. “Lovely table,” he said, or words to that effect. (It’s 47 years ago.) “Lovely people had it all week. Now they gone hospital. All of them. Cholera.” Southern Italian humour, eh?

A brief consultation with brighter holidaymakers on neighbouring tables indicated that Luigi – he was called that, or something else – wasn’t being as funny as first thought. The upshot was immediate alarm and dread – even we knew that cholera enhanced no-one’s summer break – the abandonment of the restaurant, a return to the tent with a bottle of wine, and an early-morning walk into town the next day. Rumour suggested that anti-cholera vaccinations were available at the library. At that hour, the library was closed, but there were notices on the door in Italian and English. The English one said that vaccinations would be administered from 6.30pm. Obviously, we didn’t check the Italian one, which said vaccinations started at 10.30am.

We showed up at 6.30pm. The place was closed again. Vaccinations were finished for today, said the bloke at the door. “Come back again tomorrow at 6.30pm.” Yeah. Right. We returned at 10am. Outside the library was a scrum of apparently every Italian then alive. We were young. We elbowed aside pensioners, hoodlums and what-have-you to push through. The scene in the reading room was pandemonium, like Hogarth’s Gin Lane. Or Pompeii an hour after Vesuvius blew. The place was seething. Dogs dodged about among the legs. Children screamed. Old ladies flattened older ones. Old blokes smoked, swore and spat. Stationed apparently at random amid the maul were medical personnel. Well, people wearing white jackets. They toted syringes. The medical procedure, we gradually understood, was to roll up one’s sleeve, jostle as close as possible, wave one’s arm about and then hope that one of the white jackets would hit it with a needle.

For numbskulls, we proved adept at this. We were jabbed and out while others were still punching one another, tripping over, promising to build chapels in thanks for survival, holding up children as if for benediction, screaming, stomping and otherwise behaving like southern Italians when normality gets heightened.

We were, though, not entirely reassured.  One rarely is in those parts. The bush telegraph was stacking up deaths by the thousand (inaccurately: false news didn’t await the internet). The holiday was almost done anyway. We needed to get home quickly. Within a couple of days, money had been transferred so we could pay for flights from Naples. There were no checks at the airport. At Heathrow, we were met by a lady with a clipboard who, as we were arriving from a zone where killer cholera was rife, asked if we were feeling ok. We said yes, she said: “Jolly good” and that was that. Mingling with hundreds, we made for the train to Lancashire.

Three days later, I was in bed with several symptoms of cholera. Our family doctor, who obviously knew a thing or two about the disease, came and examined me by shouting questions from the other side of my closed bedroom door. The doctor is no longer with us so I can say that he probably wouldn’t have ranked, in today’s terms, as “an NHS hero”. In the end, as you’ve maybe noticed, I recovered. I could have had cholera – apparently one injection without a follow-up booster was useless – but I simply had some intestine infection which resembled it in all but fatality rates.

So there we are. I’ve come through one pandemic and hope to come through the present one too, though I’m old now. And certainly, if it comes to a free-for-all, I have my doubts. Some young lout from Lancashire may well be pushing me out of the way.