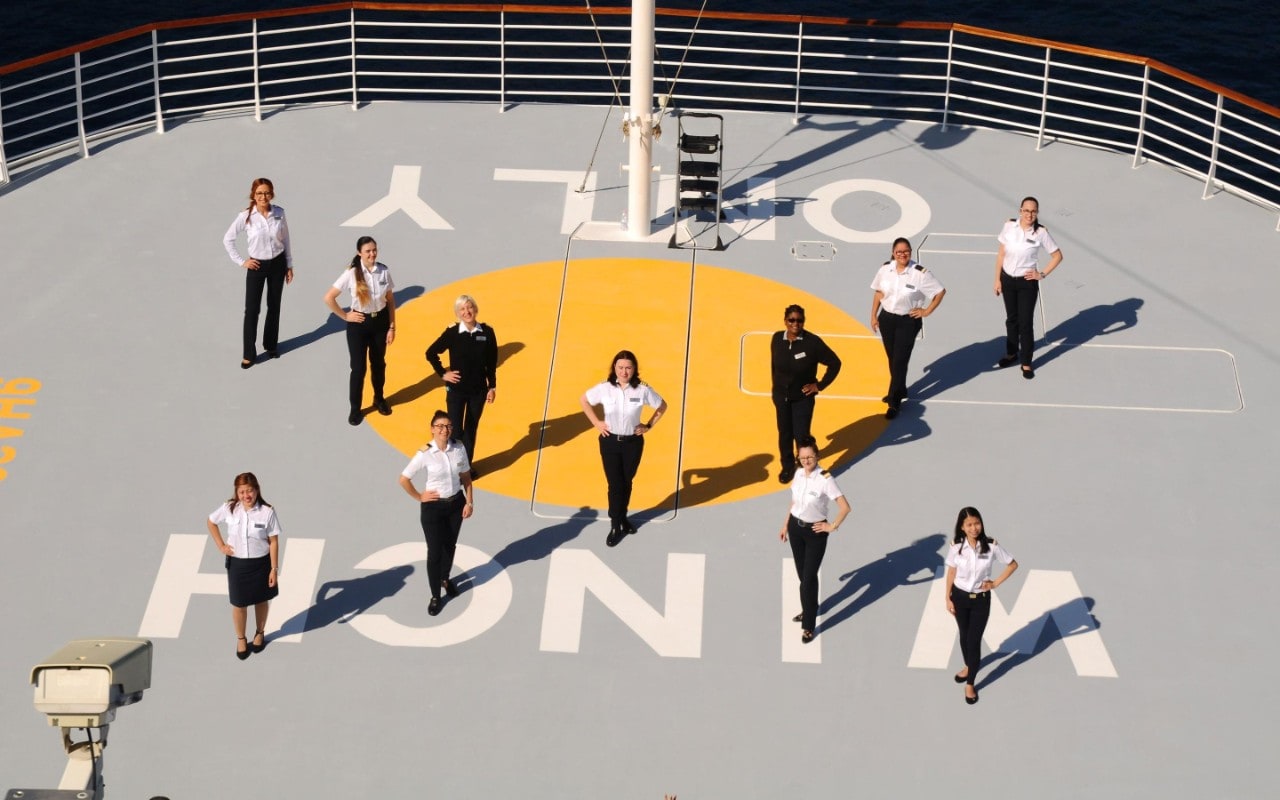 For centuries, the only female you’d find on most ships was wooden and nailed to the prow. Women on board were said to bring bad luck, and while this sailing superstition is mostly a thing of the past, the maritime industry is still predominantly male – only 2% of the world’s mariners are female.

Things are rather different at Celebrity Cruises, where 22% of the bridge teams are women. The cruise line will celebrate International Women’s Day with an industry first – Celebrity Edge will set sail from Fort Lauderdale on a seven-night Eastern Caribbean voyage with an all-female bridge and officer team. Captain Kate McCue – the first American cruise ship captain – will be at the helm and 26 other women, from 17 different countries, will make up the rest of the senior crew. We speak to two of the women on the bridge, and their female boss who helped make it happen.

“I start each voyage with an announcement that ‘we’ll get going as soon as I find which purse the keys are in,’ and because I make the joke first it beats everyone to the punch line.

“My entire career has been on internationally flagged ships with crews from up to 72 different nationalities. When you’re surrounded by such diversity, you quickly realize that everyone is a minority of some sort, whether it be race, religion, culture, sexual orientation, or gender. My being female was never an issue on board, but when I was promoted to Captain, the external spotlight, especially from our guests, was a bit overwhelming because they’re not necessarily used to this inclusive environment.