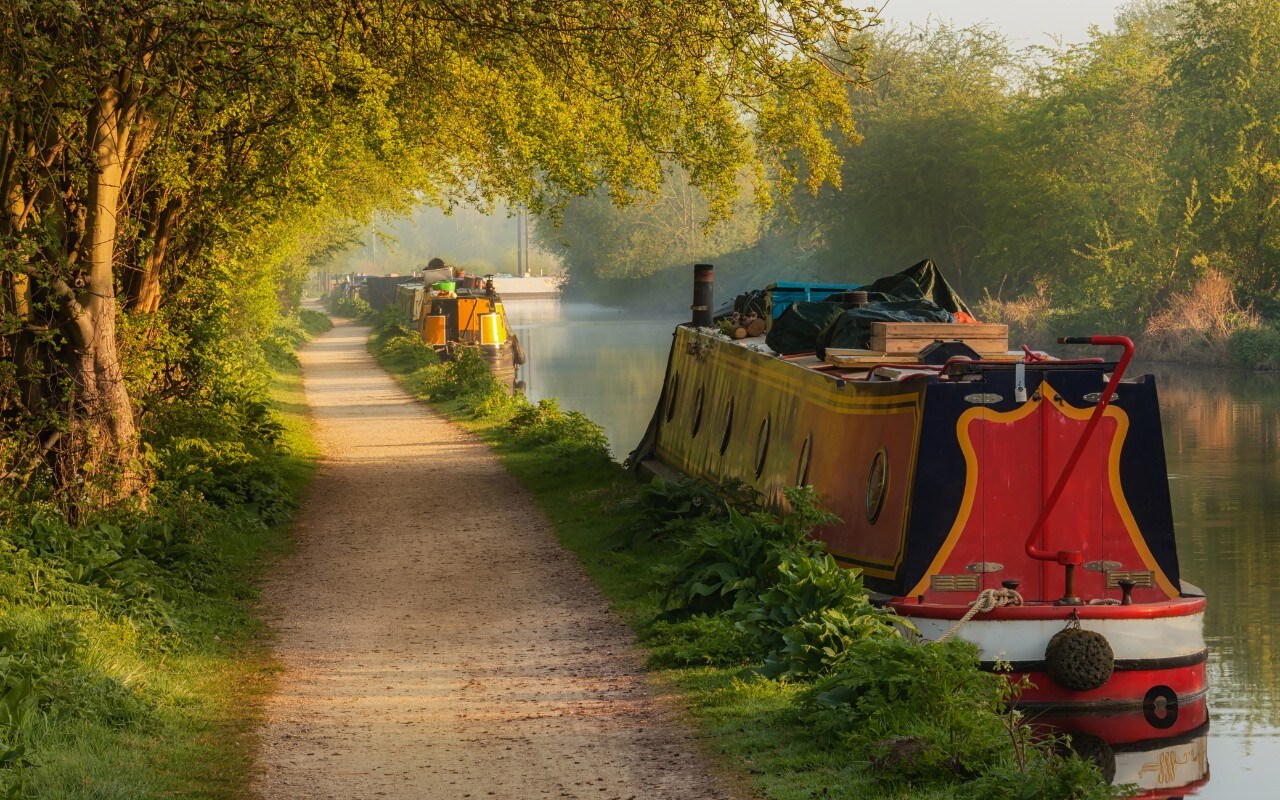 I’ve been more or less self-isolating for the last ten years. Days often pass without seeing or speaking to anyone. When I do, it’s just a short greeting: some pleasantry about the weather, fussing a friendly dog. Somedays I say more words to the wildlife – a stationary heron or bumbling bee – than I do to my own species.

Am I a monk in a silent order? Not quite. I live – contentedly alone – on a narrowboat, cruising 2,000 miles of inland waterways in England and Wales. My favourite mooring spots are in the middle of nowhere with no road to be seen or traffic to be heard, no houses or light pollution, no neighbouring boats. A view and silence are deciding factors.

I’ve cruised from the northernmost of the joined waterways – north Lancashire, near the Cumbrian border – to the southernmost, in Surrey. I’ve moored in fields, forests and moorland, in hills and valleys, by lakes and rivers and once with a sea view. They are views that would add a fortune to the price of a property but they come free with my continuous cruising licence that allows me to stay for up to two weeks almost anywhere on the rivers and canals managed by Canal & River Trust.

The Kennet & Avon Canal was dug by hand in the late 18th century to link the Thames at Reading with Bristol. For the last few months, I’ve been pootling up and down a short section between Bath and Trowbridge at 3mph.

Life in the slow lane is the norm on the canals. It heightens my sense of observation. The strange flowers of butterbur are bursting forth along the towpath nearby. Blackbirds are singing in budding horse chestnuts. People smile and say hello as they walk past. It has always been so.

But last summer I did one of the most extreme narrowboat adventures possible: cruising the Bristol Channel. On a perfectly calm morning, with a sailor friend and a Bristol Channel pilot on board my 55ft narrowboat, we descended into the depths of the ship lock at Sharpness docks, just as the tide was ebbing. In my flat-bottomed steel boat that usually contends with canals of no flow, we nosed into the two-mile wide estuary, which has the largest tidal range in the UK, some 14m.

Avoiding swirling currents and hidden mudbanks with names such as Slime Road, our pilot guided us for 20 miles racing (relatively) towards the sea, below both of the long motorway bridges – sideways under one –and safely into the embrace of Portishead marina. Here we waited for the flow tide before heading out into the estuary once more and down the Avon into Bristol docks. We cruised under the Clifton suspension bridge just as the replica of the Matthew – John Cabot’s wooden ship in which he sailed to North America in 1497 – was sailing towards us. We waved to those on board. I had felt brave for my achievement but looking at that small caravel, I realised everything is relative.

Now, once more, I am on a canal. Should my engine fail, my narrowboat and I will simply drift into one of the reedy banks, not be carried out to sea. Not for us the ocean waves. We prefer the cosy comfort of ‘the cut’. We were made for this. This is not a pastime for adrenaline junkies.

But we nomads of the waterways are in the enviable position of being able to both ‘stay at home’ and travel. At least one holiday hire boat firm has cottoned on that this may appeal and is advertising its narrowboats as offering ‘self-isolation holidays in style!’ (Stylish they are not.)

“All of humanity’s problems stem from man’s inability to sit quietly in a room alone,” said 17th-century French philosopher and mathematician, Blaise Pascal. His words ring true today. I want to self-isolate but I like a change of view. At least, for the moment, I can cruise on, even if just for a mile or two.

For more armchair canal travels, explore some of the many vlogs from boaters on YouTube. On BBC online, watch Robbie Cummings’ excellent ‘Canal Boat Diaries’ on BBC4.