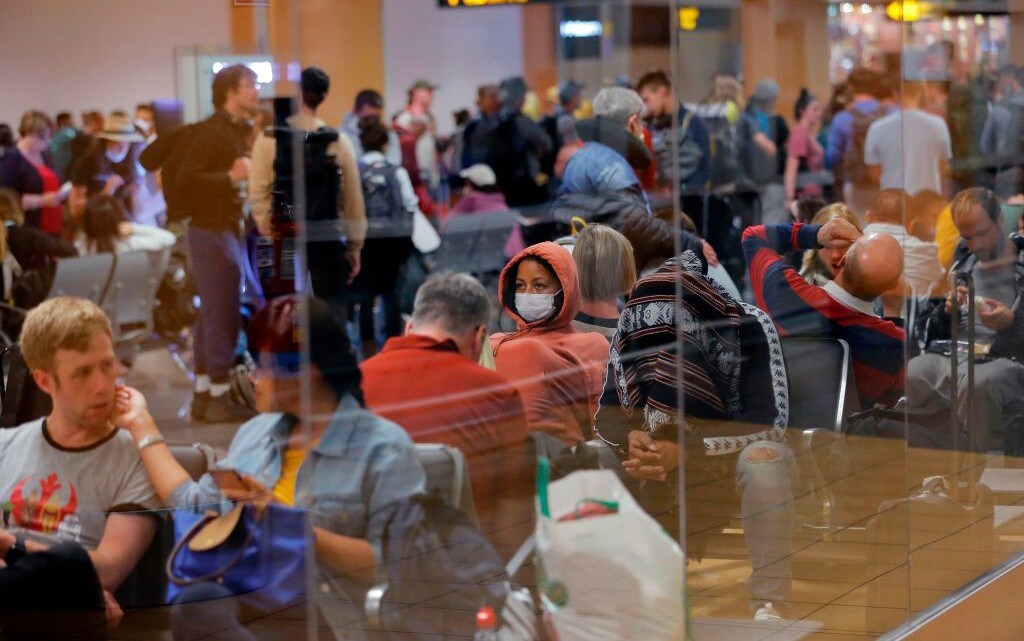 More than 500 British and Irish travellers are stuck in Peru in an increasingly desperate scenario as the country announced that it will be closing all airports from tonight (March 21), leaving mere hours for the UK government to repatriate its stranded citizens.

It has been a week since the South American country closed its borders in a bid to control the spread of coronavirus – which has so far resulted in more than 260 cases there – leaving many British tourists unable to get home. Our reporter Sarah Baxter is one of them; you can read her diary below.

In a live TV interview on Friday night on Peru’s national TV channel, Canal N, Defense Minister Walter Martos stated that, effective from Saturday night on March 21, Peru’s borders will shut completely and they will “close all airports”.

The statements from the Defence Minister increased concern that Peru’s current state of emergency could last well beyond the initial 15-day period: “We call all Peruvians, all citizens, this is a job for everyone, this is not just a job for the Government, it’s not a job for the regional Governors nor the mayors, this is a job for everyone. We call for your understanding. If we don’t undertake consciousness of this, all of us, this situation of immobilisation will extend unnecessarily.”

More than 22,400 frantic relatives of the stranded tourists have signed a petition pleading with UK Foreign Secretary Dominic Raab to arrange flights home imminently. The open letter states: “Mr Raab has suggested it is up to private enterprise and airlines to organise repatriation flights. One airline has suggested to do this and it is not even British Airways but Avianca, the Colombian airline. But this would cost each passenger at least £3,000. For the vast majority, this is beyond their reach.” It requests Mr Raab to allow British nationals “a special dispensation for one-day to travel to an international airport”.

In the last week, the Peruvian Government had been cooperating with foreign governments to return foreign nationals to their countries. The Israeli Government successfully returned more than 1,000 citizens to their country on Thursday March 19; while Mexico, Chile, Argentina, France, Germany, the US and Australia were reportedly making similar efforts.

The British ambassador to Peru, Kate Harrison, tweeted today: “Thank you to everyone – including all our Peruvian friends – who have contacted the Embassy in recent days with details of British citizens looking to return to the UK. Your solidarity is hugely appreciated  at this very difficult time. I know the continued uncertainty is hugely frustrating but please know that we are working around the clock with the airlines, with Peru and with international partners to enable routes within and out of Peru.”

Thank you to everyone – including all our Peruvian friends – who have contacted the Embassy in recent days with details of British citizens looking to return to the UK. Your solidarity is hugely appreciated at this very difficult time. (1/3)

The latest advice from the FCO, updated on March 19 and stated as “still current” of March 21 reads: “The British Embassy continues to work closely with the Peruvian authorities and commercial airlines on all possible options for a return to the UK for British nationals in Peru. “As part of their efforts, they are inviting British people in Peru to send their full name, location and best form of contact (ideally email address) to [email protected] They will use this information to inform British nationals of the availability of outgoing flights secured through diplomatic permissions, which exempt them from the State of Emergency lockdown. They will communicate this to those who have contacted the Embassy via [email protected] and through social media channels.”

In a letter to the British Embassy in Peru, Ffred Ffransis, a stranded traveller in Peru, said: “It seems that a big opportunity has been missed. A week has passed with no solution regarding repatriation while other countries have succeeded.The situation has developed into a crisis. Reports here are that all borders will be strictly closed tomorrow Sunday and no more repatriation flights afterwards. There is only one day left for action on your part!”

Travellers from Ireland share the same concerns: “All other citizens that were in our hostel have now left and been repatriated out of the 12 we began with during lock down. There are now just the two of us and it is getting increasingly alarming that still no solution is being offered in light of this news”, says Catherine, 24, from Ireland.

The situation is made more complex due to the vast distances between travellers who are stranded in Peru. Most of the UK and Irish nationals are thought to be staying in Cusco, which is over 1,000 kilometres from the capital city of Lima.

The news comes as lockdown measures have been enforced more heavily in recent days. “Our experience of captivity here in Cusco Peru is feeling ever more like an open prison. The effects of this on youngsters confined to their hostel rooms is horrendous. The worst thing is frustration and no sign when this will end. To the contrary it gets worse every day,” said 71-year-old Ffransis, from Wales.

In the same interview on Friday night, the Defense Minister suggested the rules of the State of Emergency will be more strictly enforced, starting from Sunday March 22: “We will increase all of the measures of the immobilisation at a national level throughout Peru… We are coordinating with all regional governments and municipal governments and the armed forces to reinforce the number of soldiers so that there is greater control in the streets.”

“The situation appears to be escalating in Peru as stricter travel restrictions were announced today,” commented Marcus Edgar, a PR consultant currently working in Huanchaco.

“Stranded visitors in Peru call upon the UK and Irish Governments to urgently clarify the situation and find out if repatriation flights will be allowed to return stranded citizens to their countries. Transportation to Lima from outlying areas will also need to be arranged as tight restrictions are currently in place prohibiting all internal travel by air and land. This makes it difficult for many to reach the capital. More advice and clear information is desperately needed from the UK Government as time runs out for many desperately seeking ways of returning home.”