How to turn your bedroom into a luxury hotel 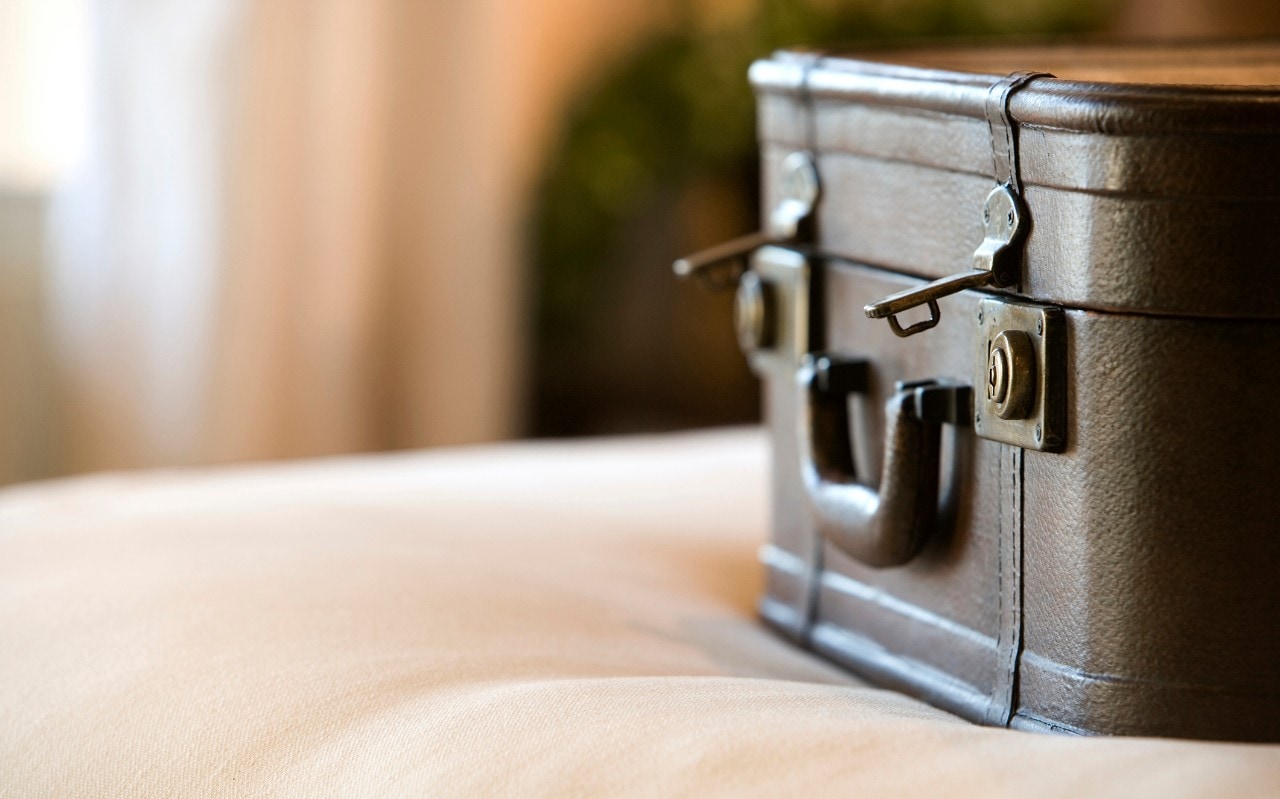 It was the little pink kettle that did it.

Having put it off for, oh, about 25 years, I decided to sort through my travel clobber. I have the time now, after all. No excuses. COVID-19 has ushered in a brave new world in which itchy-footed journalists must stay at home. This week has been like the start of a new year, and so I had to begin with some positive-minded resolutions.

From various bags and drawers, I took out a miniature clock, loads of camera gear, a 500-page thriller which helped me get to sleep on long-haul flights, some foreign currency, a few small soaps, a pile of old luggage tickets from the Falklands (souvenirs I’d never do anything with), my noise-cancelling headphones, and a miniature bottle of rum – one I had forgotten to drain for some unfathomable reason.

I also found three metal water bottles, some old room-service menus used for reviewing, and a portable toothbrush and shoehorn. Who really needs a shoehorn on a trip, even a business trip? I also found an unused bottle of hand sanitizer.  Priceless right now.

Then the kettle – enough for two small cups of tea, with its multi-socket adapter.

I was about to put all this into either the bin or long-term storage  – after all, the coronavirus has made travel journalists temporarily redundant – when the idea occurred to me: I’d quite like a travel kettle in the bedroom. I looked down at the pile of clutter, and around the room. There were other things that made me think fondly of travel, not least my mum’s old Globetrotter suitcase –one of my favourite fixtures. I also have a nice globe, and lots of maps on a bookcase. I have some dull artworks, neatly framed.

It struck me: I could turn my home into a sort of holiday resort, and the bedroom into a hotel.

Is this such a daft notion? After all, the French aristocrat Xavier de Maistre wrote A Journey Around My Room, an entire novel (a parody of a travelogue, indeed) about being confined in a room. The 1825 sequel was titled A Nocturnal Expedition Around My Room. Why give up on a good idea? Argentine author Julio Cortázar’s short story, ‘Instructions for Climbing the Stairs’, does what it says on the tin.

There are other good reasons for trying to see home as a place of fun and freedom. Travel writers and journalists are quite good at social isolation; we do months of this every year. I have had some of my best meals, in cornily romantic restaurants, with only a guttering candle for company. But we are perhaps not so great at home – at being in a domestic setting for weeks, months, on end, at washing the car on Sundays, at making breakfast every day.

I am in lockdown but, as it happens, the house supplied just about all the things any decent boutique hotel would contain. I like white bed linen, so that was a no-brainer. I found we already own more pillows than any bedroom really needs. I tossed a small cushion in a contrasting hue into the middle of these, and an ethnic throw added a splash of colour further down the bed. I found two chocolates to put on the pillows (I would write myself a ‘Welcome Mr Moss’ note later), a bowl of fresh fruit, a candle for show (no matches supplied), and a glossy magazine full of adverts and vacuous articles. I dragged in a small desk, a standard lamp, a tall mirror, tea bags, two mugs, an ice bucket, some random chairs, and a tripod topped with a birding scope, which would stand in for the requisite meaningless abstract sculpture.

The bathroom – well, I’ve always wondered why houses have such poky bathrooms and small baths. But I wasn’t about to start doing serious DIY. I found three environmentally unsound thick and fluffy towels – the standard hotel offering for a single night’s stay – and squeezed them on to the radiator; we don’t have a hot-to-the-touch towel warmer as found in most 5-star properties. I could always take away one of the towels later and make it into a swan to decorate the bed. The branded (nicked) soaps added a touch of authenticity. It would do.

I pondered the living rooms, kitchen, spare loo –I suppose I could have aimed for a whole suite, but it seemed like a lot of work. Two rooms would have to do.

Back in the master bedroom, I surveyed the additions. It was almost there. All I needed to complete the picture was a six-foot wide telly – and three remote controls that failed, repeatedly, to turn it on.

Then there was the other minor issue of my not living alone. Breakfast – my partner, Kathryn, advised – would not be delivered to the room, nor could it be ordered from a menu hung on the door. A minibar? Well, they hum – and are falling out of favour in the best small hotels. .

The pink kettle, it turned out, was also a problem. We lack the four or five unoccupied tabletops and random surfaces most hotel rooms seem to possess. Placing it on the bedside could be an electricity and hot-water hazard. Steam sets off the smoke alarms.

Then there was the view. A cul-de-sac in Devon. A rainy day. The noise of a dog, the sound of a leaf-blower. The deserted streets: corona time, England, March 2020.

I opened the miniature and emptied it into the mug.