How the skies are being emptied by coronavirus 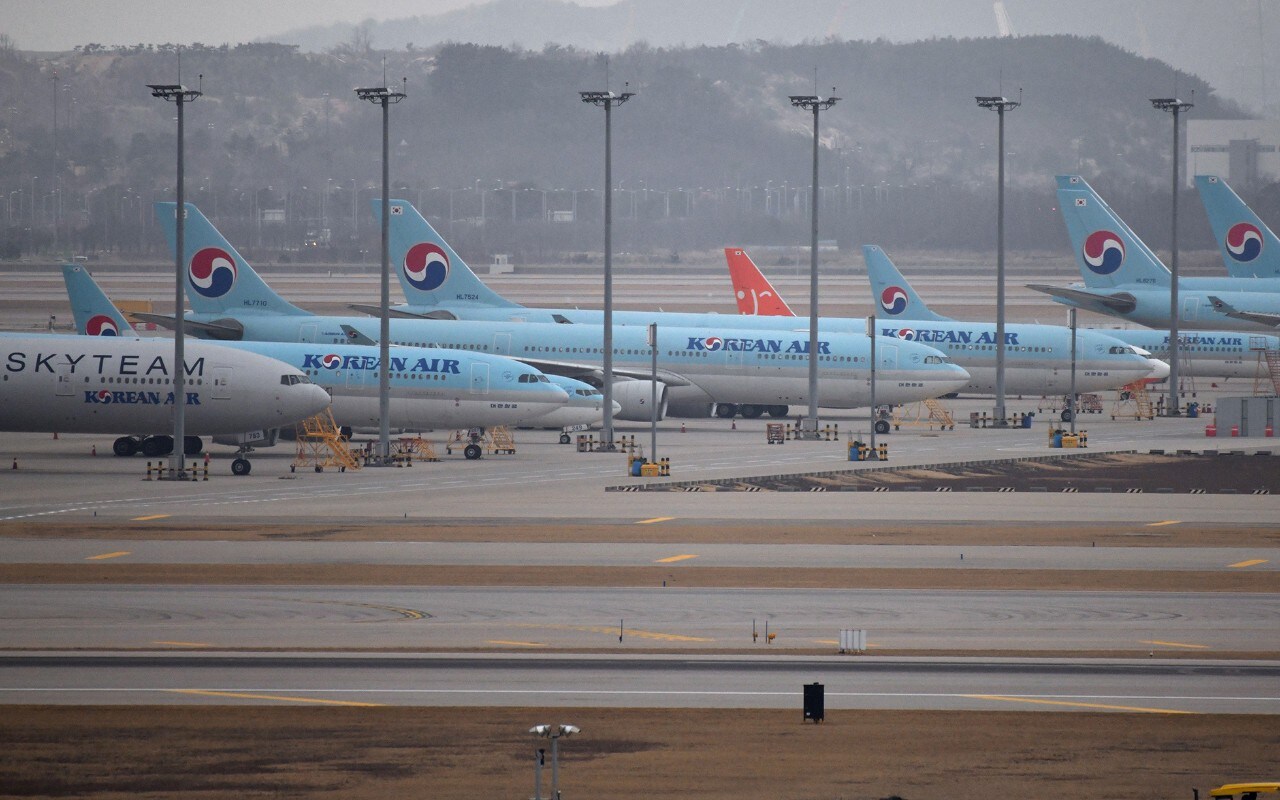 New figures have revealed the dramatic impact the coronavirus pandemic has had on aviation around the world.

The travel analysts OAG track fluctuating air capacity for every country and airline on the planet. Its data shows how, since the Covid-19 outbreak began spreading around the world in January, the number of available plane seats has fallen by more than 80% in the worst affected destinations.

Globally, capacity has been cut by 15.2%. But with many airlines flying with thousands of empty seats, the decline in actual passenger numbers is likely to be far higher. Furthermore, the impact of America’s ban on flights from Europe, announced last week, is not yet reflected in the figures.

In Europe, it is Italy that has been bearing the brunt. The whole country has been on lockdown since last week and airlines have been forced to cancel hundreds of flights. At the start of the year there were 1,775,401 weekly seats available on air services to and from the country; now it’s just 500,577 (down 71.8%).

Number of scheduled flights is dropping fast, but many are replaced by rescue flights to bring citizens home, which keeps tracking numbers up. Currently airline after airline is grounding their fleet & we expect a big drop in number of tracked flights before the end of this week. pic.twitter.com/6IL1HD7INz

The impact on British Airways is not yet apparent – it offered 1,089,286 weekly seats in January; this week it’s 1,026,345 – but this is just the start. Countries around the world are closing their borders, or introducing strict restrictions on arrivals from countries with major coronavirus outbreaks, and airlines are decimating their schedules (Norwegian, for example, has just suspended 85% of all its flights; Virgin Atlantic likewise). Today the Foreign Office advised Britons against all but essential overseas travel for the next 30 days. Expect the figures for next week, particularly for UK airlines, to be even more shocking.

According to John Grant, senior analyst at OAG, the scale of the global aviation shutdown is unprecedented. “This has never been seen before, and the impact not just on aviation but global trade will be immense,” he said. “Furthermore, it has the potential to go deeper before any shoots of recovery appear. It’s really a matter of time for some markets that are less impacted to see the same results as we are now seeing in Europe.” For many airlines, he added, collapse could be “weeks away”.