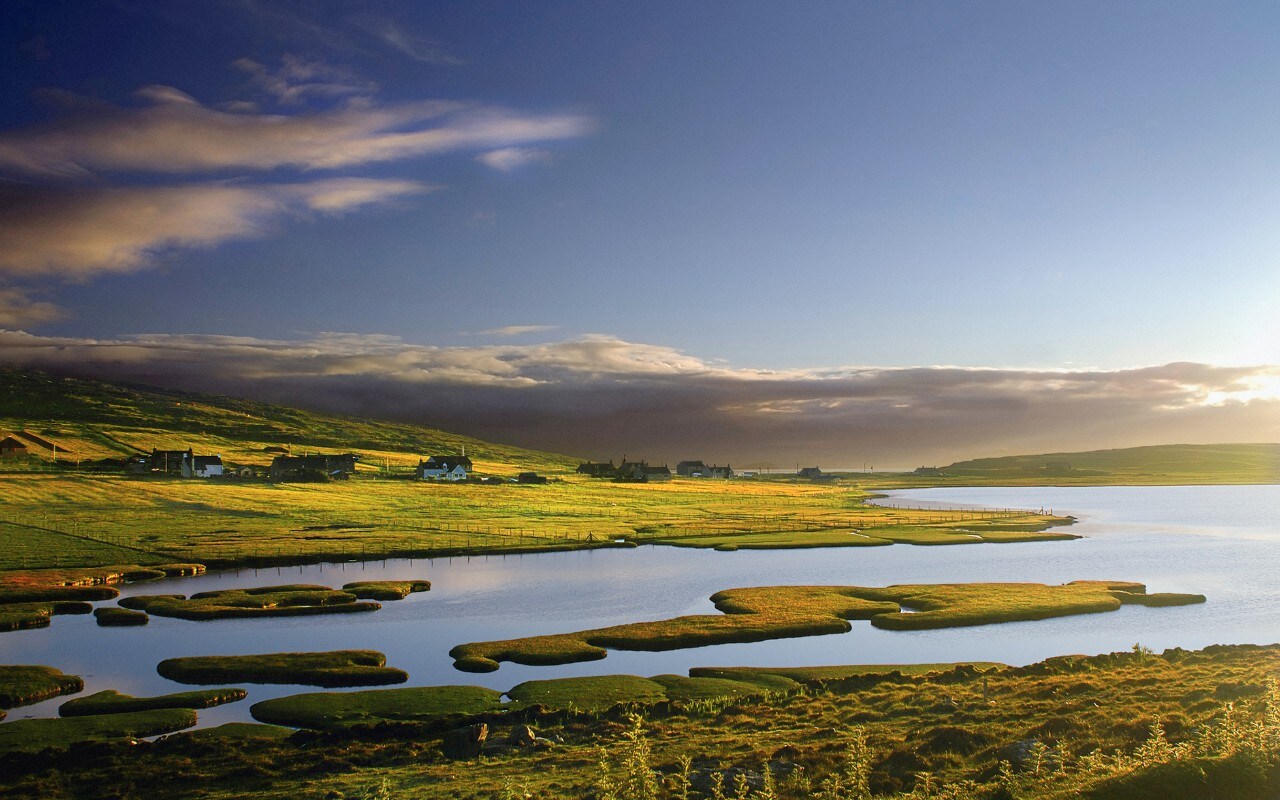 ‘This is the time of year when things usually pick up,’ says Sara MacLean, the manager of Buth Bharraigh, a community shop in Castlebay on Barra in the Outer Hebrides. ‘We would typically have 100 people in every day but now it’s maybe 20. We still have a handful of tourists but they are petering out and won’t be back. We get 70% of our takings from Easter to September, it’s what keep us all going through the winter.’

For now, the islands of the Outer Hebrides, an archipelago in the far northwest of the UK, has no cases of coronavirus. But islanders feel they are in a state of suspended animation, unsure of just what may be to come. There is a sense of vulnerability: the islands have a high proportion of elderly residents and a health service that is excellent at grassroots level but geared up for sending people for surgery and serious illness to the mainland.

While MacLeans’s shop is quiet, things have been rather busier down at the island Co-Op, and indeed in other supermarkets up and down the Outer Hebrides. ‘The toilet roll nonsense has made it here,’ sighs Barra islander Ian Ricketts. ‘But most people on the islands are used to stocking up, as they expect ferry disruptions in winter.’ The Co-op is also keeping toilet roll back for elderly people. ’I’m not sure they are even charging them for it,’ says Ricketts. ‘We will look out for everyone,’ adds MacLean. ‘No-one will be left behind.’

A similar picture has emerged across the islands, all the way from Barra to Port Ness, 130 miles away, in the north of Lewis. Cafes and restaurants, such as Claddach Kirkibost on North Uist and Charlie’s Bistro on Benbecula are offering take-aways and deliveries to locals.

‘People here always look out for each other, that’s not new,’ says Rob McKinnon, who is based in the island chain’s only town of any size, Stornoway in Lewis. ‘It’s second nature, we don’t have to re-learn that skill, as we’re seeing happening in the cities.’

Across the islands, there is not – yet – any great sense of self-isolating and conspicuous social distancing. That might be hard to detect, though, as McKinnon points out. ‘People here are comfortable in their own skin, they are used to occupying themselves in the dark winters. It’s easy to go for a great walk without bumping into anyone. That approach will help people through the coming months. The mood shifts between heart-warming and being slightly worried.’

Uncertainty extends to the impact an almost total absence of tourists will have on the island economy. ‘Most B&Bs on the islands are registered as sole traders and there’s been absolutely nothing said about how they might be helped,’ says McKinnon. The island is full of arts and crafts enterprises who rely on seasonal trade. Many are now turning to heavier promotion online and hoping to entice impulse buyers. ‘We’re in the same boat as everyone else,’ says a jeweller on South Uist, ‘the water surrounding us provides a slight buffer from immediate viral transfer. But we’re certainly not immune from it.’

The wider economy too is feeling the squeeze. ‘We’ve just had one bad storm after another this winter. The creel fishermen have not really been able to get out all, now that they can, their markets in Spain and France are closed,’ says MacLean. Similar uncertainties are affecting the fish processor Barratlantic which is Barra’s main employer and which exports shellfish to the continent.

The impact of the virus is beginning to be felt in other ways. Calmac Ferries, which runs services from the mainland to five ports on the islands, announced last week they would take no further bookings until mid July. Instead, visitors must simply turn up and see if a ferry is going. The rationale is to keep space available for essential freight and to run a skeleton staff, so that ferry masters can self-isolate while off duty in order to ensure there are enough captains to keep sailings going.

Unsurprisingly, islanders talk about locking the Outer Hebrides down and keeping people out until the virus has passed. ‘There are worries about the robustness of the NHS here if visitors arrived and got sick,’ says McKinnon. ‘But such a move would require a wartime effort. But all the hotels, self-catering and B&Bs are seeing people cancel – not so much because visitors are scared but more because they don’t want to give it to their hosts.’

Back down on Barra, Ian Ricketts takes a long view but his wry thoughts perhaps represent many residents of the Outer Hebrides: ‘Barra people are very resilient. If we get locked down, so be it, we will manage. People are only half joking as they look and see all these chickens and sheep. Well, we can always eat those can’t we?’