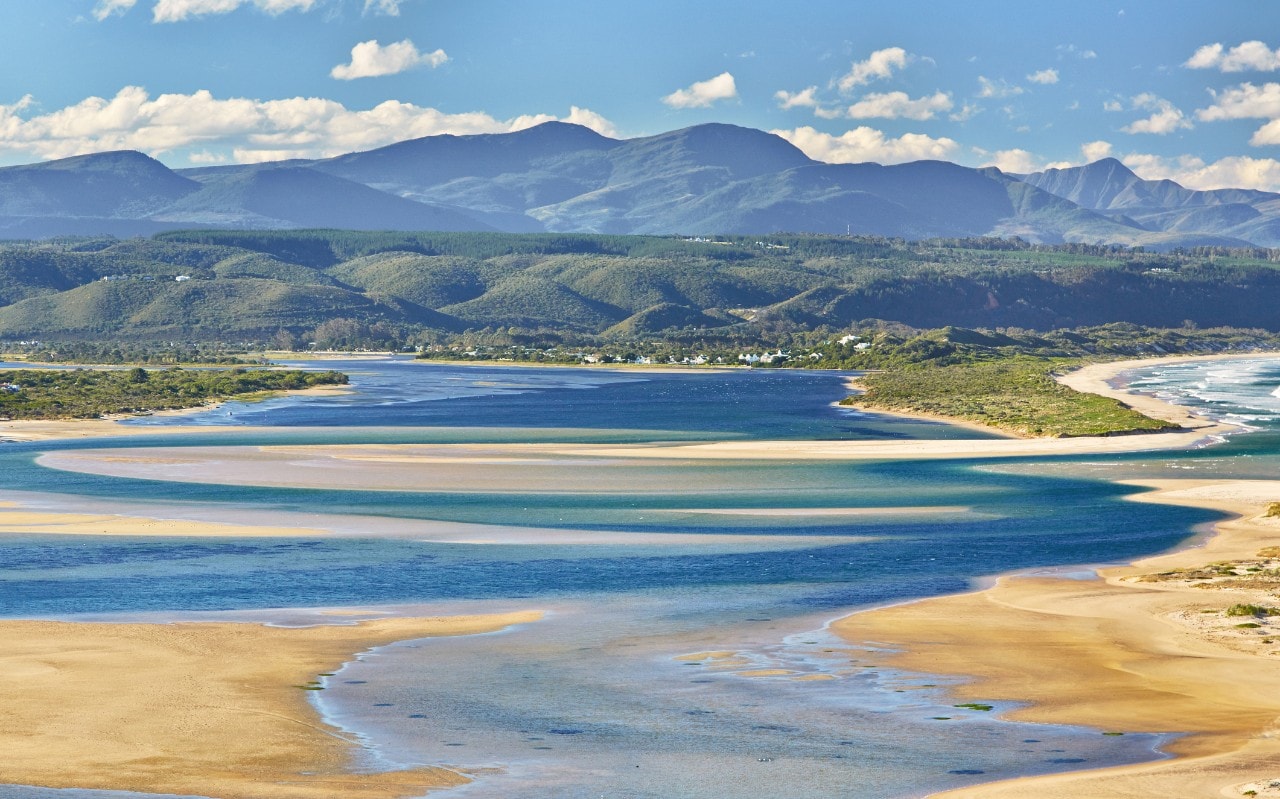 In addition to its world-class wines, this fabled region in South Africa offers a true taste of the country at roadside stalls along the way

The farmlands of the Karoo begin about an hour after Table Mountain has dropped out of my rear-view mirror, the green corduroy of the Cape Winelands bleached to dust-coloured scrub.

My South African partner Narina, who has driven this route many times before, reels out a staccato clatter of unfamiliar names: “Koeksisters, chakalaka, bobotie, roosterkoek…” Not the names of towns, she explains, but of culinary specialities, found at simple grass-roots farm stalls peppered along every highway in the Cape.

While in the UK we might break up a journey with a quick service station M&S sandwich, South Africans will plan an entire journey around their favourite foods, driving far and wide to tap the source of traditional delicacies homemade at remote farmhouse kitchens – and at farmhouse prices.

Roadside farm shops – known locally as padstals, literally road stalls – are part of the fabric of the Cape highways. The best favour local produce and crafts, offering a sustainable way to eat and shop with a minimal carbon footprint.

Some are closely guarded secrets, spoken of in whispered tones by a few canny locals, who take to the roads at weekends on foodie pilgrimages to stock up on delicacies or enjoy a country lunch. Some padstals have become famous, but the majority remain unknown to foreign visitors and are invariably passed by en route to the smart restaurants that the Garden Route has become known for.

It’s a tradition that dates back to the time of the first Boer pioneers. The first padstals were just trailside shelters where farmers’ wives could sell or barter fruit, vegetables or the dry-meat biltong that remains the staple padkos (Afrikaans for road food).

This is the local way to experience the Cape; and a road trip from Cape Town to the Garden Route, through the Little Karoo – the semi-arid heartland of the padstal – is a culinary pilgrimage into the realm of some of the world’s best road food.

Entering the Little Karoo, our average speed slows to a dawdle as we break the journey at a series of pretty pastel-coloured outbuildings with pinstriped iron roofs and hand-painted signs. We snack on spicy biltong dip with homemade sweet-potato crisps from a farmers’ market near Porterville; eat kudu meat pies from the Cape Fold Mountain game farms. Hearty home-cooked meals, in settings that feel like the pantry of some eccentric aunt, become the highlights of our drive.

On the iconic Route 62 (South Africa’s answer to Route 66) we stop at Ronnies Sex Shop, probably the most famous padstal in the country. “In the late Eighties I had an idea to open a small shop where my farm touches the highway,” Ronnie Price tells us, as we sit in his cavelike bar. Over our heads hang the lace stalactites of dozens of bras donated by female wayfarers, a tradition started by an early visitor.

The Karoo is not an area where people are known for rushing, and it took until the Nineties for Ronnie to get around to painting a sign: “Ronnies Shop”. Late one drunken night, a group of his mates thought it would be a blast to graffiti the barn. The amended sign “Ronnies Sex Shop” was never painted over (nor an apostrophe added). He has expanded from his little stall into an entire complex, and these days few long-distance voyagers can resist breaking their journey in the bar, Roadkill Café, or souvenir shop.

By the time the road winds down towards the ocean where the Garden Route proper begins, our car is already filled with goodies: biltong from one of Oudtshoorn’s historic ostrich farms, pumpkin fudge from Pampoen Padstal, homemade chocolate and chili meringues from near Ashton; even, when we got particularly carried away, souvenir veldskoen (handmade suede desert boots) and enamel mugs with knitted Fair Isle cosies.

The boot rattles with bottles from Calitzdorp, South Africa’s capital of port wine, and wonderful buchu-infused gin from Cederberg. And there are treasures yet to come – in places such as Wilderness, Buffalo Bay, Whiskey Creek, Nature’s Valley and Storms River.

Like Ronnies, some padstals have become destinations in their own right; a few have expanded to include B&B and petrol stations.

But connoisseurs are constantly on the lookout for the real gold nuggets which are still only known by word of mouth. The secret culinary spots, yet to appear on maps, that are waiting for travellers who are lucky enough to chance upon them as they journey through the Cape.

Where to stop for a snack: the best pitstops

Artists Peppi and Paul Stanford started this quirky little padstal in 2005. “It’s been a bumpy journey with a couple of false starts,” Peppi admits, “but we’d always wanted to establish this place as a workshop for township creatives.” The couple work innovatively to minimise waste. For example, coffee is served in cut-off 440ml beer bottles fitted with leather grips. If you’re heading to the Garden Route from Cape Town this spot is worth a detour for the Stanfords’ irresistible food (try the pecan pie) and for souvenirs. Most artworks here are locally made (the mosaic-covered torsos of pregnant women are Peppi’s trademark), along with Zimbabwean beadwork and Maasai Shuka blankets. Wander outside to look at the installations, and sculptor Paul will probably introduce you to the local southern rock agama population and explain the local superstitions surrounding these colourful lizards.

Pumpkins and pies at Little Karoo’s prettiest padstal. Just as you first start to notice the desert mirages of the Little Karoo, up pops Hettie Viljoen’s pumpkin farm – an irresistible stop since her mother opened a stall here 40 years ago.

“The key to a good padstal is the involvement of the whole community,” Hettie says. “I provide seeds for local people and then buy veggies from them. We also source crafts from the community.”

At harvest time, colourful pumpkins are piled up outside, and Capetonians make the 90-minute drive from the city to visit. In winter the Pampoen welcomes wayfarers with homemade roosterkoek (grilled dough cakes), soup simmering on the stove and coffee in enamel mugs clad in Fair Isle cosies, hand-knitted by Hettie.

A rural village with soul. Timberlake is a fine example of a farm stall that has successfully expanded into a food and craft village without selling its soul, with around a dozen independent businesses offering designer clothing, shoes, art, jewellery and ceramics. A resident troop of wild vervet monkeys make it hard to believe that you’re right next to the N2 highway.

“We’ve tried to create a peaceful outdoor setting among indigenous trees right next to the national highway,” says Tevon Thom, whose father built the complex 13 years ago. “Apart from location, the keys to success for a good padstal are hearty meals and great coffee.”

These roadtripping staples are supplied in aces by Pause Roastery, serving what might be the best coffee on the Garden Route, and Zucchini Restaurant, with bar stools made from riding saddles.

Just like Grandma used to make – a century ago. Florence Eleanor van Reenen, aka Tottie, moved from New Zealand in 1878 to work as a nurse during the Anglo-Boer War. In 1922 she set up her farm shop in what later became known as Rheenendal. She called her grandchildren “little tots” and her great-grandson Garth still runs Totties Farm Kitchen today.

The immense dining room remains charmingly personable with collectible books stacked higgledy-piggledy on the mismatched tables and a menu that hearkens back to Tottie’s days as a lumberjack’s wife: Woodcutter Pan breakfasts, Old Lumbers Lunch, Half Log ciabatta open sandwiches and Granny’s Favourite (basically eggs royale). Once full, be sure to wander around the lovely antique and bric-a-brac store in the property’s old petrol station.

A trunk-road treasury of delights. Irell Muller has been running her charming little padstal for almost 25 years. She recalls seeing elephants strolling through the farm here, and there are still occasional near-mythical sightings in this neighbourhood of the last remaining Knysna elephant. Irell’s ex-husband owns a workshop next door selling handcrafted furniture and she sells quirky souvenirs along with irresistible products such as homemade lemon curd, prickly-pear syrup, watermelon jam, wild forest honey and “camel juice” (spicy garlic sauce). Delicious pies are also served at the shady garden tables.

A haven of backcountry charm, a stone’s throw from the highway. With a lovely terrace café and several rooms stacked with fresh-baked goods and local produce, Thyme & Again is one of South Africa’s most attractive padstals. The owners have been selling homemade products for 25 years, such as irresistible culinary treats, including barbecue and potjie (stew) spices, dried fruit and a dozen types of wild honey. Its location at the edge of pretty Plettenberg Bay means locals are lured here for a quick al fresco lunch. Arrive early because the burger pies (a burger pattie in pastry rather than in a bun) and melktert (baked milk tart) sell out fast.

A real working farm – as padstals were always meant to be. It’s hard to believe that this idyllic rural setting is just more than a mile off the N2 highway. The best time to visit is breakfast, while the herd of Jersey cows is being ushered into the dairy. There are pot-bellied pigs and calves in the paddock and even climbing goats that sleep in a sort of treehouse. If you find it hard to drag yourself away from this little natural haven, consider overnighting in one of the wooden cabins (from £34 a night), or camping (from £16 a night). The little country store offers irresistible local fare for picnics, with particular emphasis on fresh bakery and artisan cheeses.

Pets, playgrounds and home-made produce. Boplaas Padstal is Afrikaans for top farm and before you’ve ordered coffee at this café-cum-homestead, Suzette Viljoen will likely have introduced you to some of her many pets: the albino hedgehog, the gigantic black cockerel and the 70-year-old tortoise. Many padstals try to entice families with playgrounds, or “jungle gyms”, but Boplaas goes a step further, with a garden well-stocked with toys and a mini dirt track for toddler-sized plastic motorbikes. “My next project is to build a pit stop for the kids to refuel their bikes,” Suzette smiles. Slaghuis, meanwhile, is a butchery: in hunting season they’ll prepare as many as 300 springbok, and it’s a top spot to buy takeaway biltong which Suzette will slice up to order.

How to do it

You could drive from Cape Town to the Garden Route in less than five hours but consider making a wider arc north towards the Cederberg Mountains to take in more of the Karoo’s atmospheric wilderness, with a unique crop of padstals. Most close around 5pm. One route across South Africa’s far south in three parts, is to stop in Calitzdorp, then Wilderness and finally Plettenberg Bay. If you have time, allow a couple of nights at each location to explore and taste your way around the area.