A postcard from party-loving Rio, where coronavirus panic hasn’t quite caught on 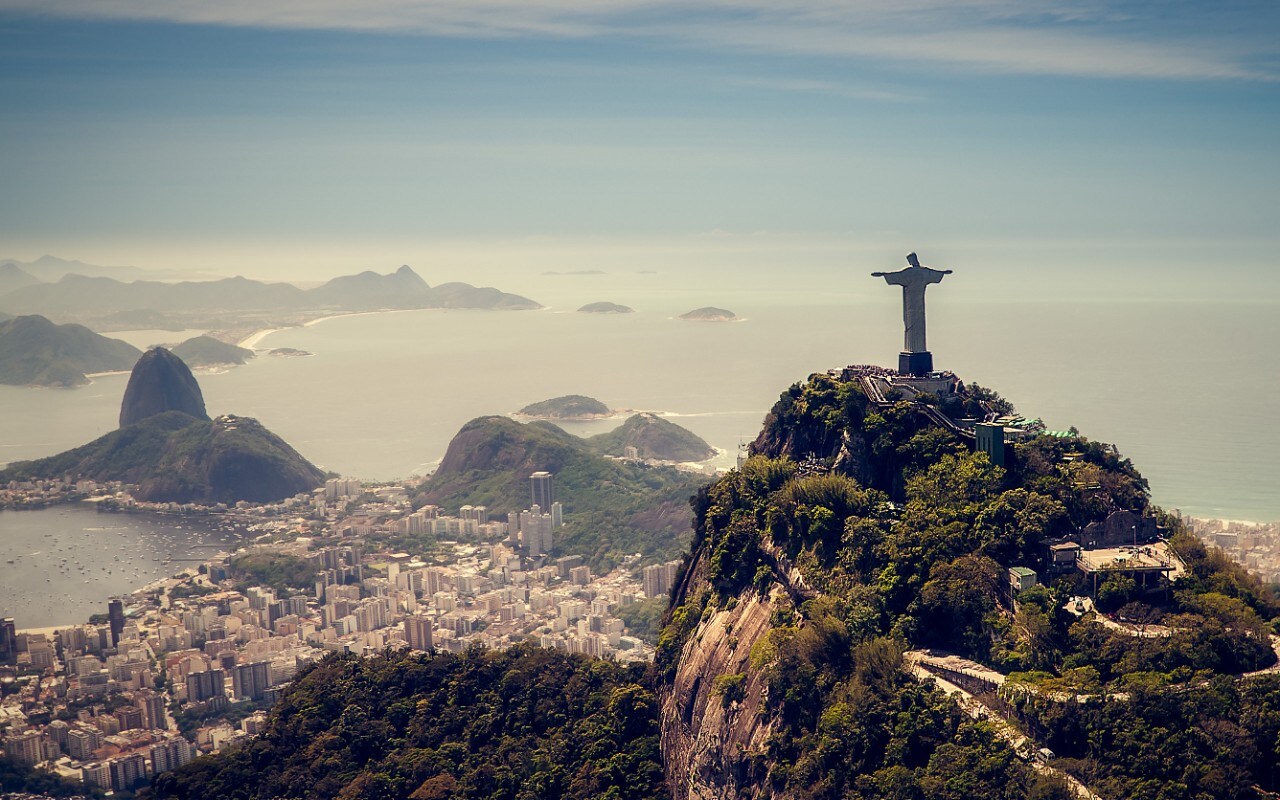 I arrived in Rio de Janeiro on Friday night, and in our Uber from the airport to our Airbnb, the driver apologised. It was going to take longer than usual – we were having to take a different route into town.

“You see these red roads?” He said, pointing to the heavy traffic indicated on the map on his phone. “These are people getting out of the city to go to their second homes by the beach.”

Schools have recently shut across Brazil in a bid to prevent the spread of coronavirus, so families are taking this as an opportunity to lap up the divine weather outside of the city and by the sea. It’s around 30 degrees and sunny every day here – try telling me you wouldn’t do the same.

So will things be different in Rio, because of coronavirus, we asked him. Will bars and restaurants be open, for example? He laughed and simply said: “This is Rio.”

We soon understood what he meant. I have no point of comparison because this is my first time in Brazil, but it seems that people are still very much going about their business as usual. The spirit of the place is as schitzophrenically chilled and chaotic as you would expect.

Ipanema beach was crammed with sunbathers yesterday, with six-packed guys walking around with boomboxes selling Brahma beers and caiprinihas. On street corners people sit around smoking weed or eating bowls of sugary acai. Young guys and girls play beach football in the early evenings until there’s no light left. Police drive slowly around the city with their siren lights on and, sometimes, with guns propped out the windows. Crime doesn’t stop for coronavirus.

Confirmed cases across Brazil have increased steadily to 234, but only very occasionally have we received a reminder that we are in the midst of a global pandemic. Last night at Bip Bip, an open-fronted live samba bar in Copacabana, Brazilians and tourists gathered on the pavement as a group of bespectacled chaps serenaded us from inside. To get a beer here you help yourself from the fridge and then gesticulate to the owner what you took so you can pay later. Before you do that, however, a sign reminds you to douse your hands with a splodge of hand sanitizer that smells suspiciously of “vodka with something goopy added”.

We also had tickets to a gig on Saturday night, which was cancelled. In some ways this was a relief – Rio’s the kind of city where you can exist almost entirely outdoors; as we got closer to the event, it felt like attending it would have posed an unnecessary risk of catching something, when you can so easily avoid pinch points here.

That’s not to say coronavirus isn’t on the mind, for some Cariocas. I’ve seen a handful of people do the “foot tap” welcome, although I’ve seen many more kissing cheeks, hugging and shaking hands. The fever of worry, or perhaps the realisation of just how serious coronavirus is, doesn’t seem to have caught on here in the same way as it has in Europe and many other corners of the world.

So how has it been, being on a holiday during the coronavirus era?

The run up saw some anxious moments. There were many variables – a government travel warning (in Brazil or the UK), border closures, a workplace travel ban, us showing flu-like symptoms, us being in close contact with someone with coronavirus, airline collapse – that could have brought our trip to a halt. Thankfully, and fortunately, none of these things happened and we made it to Rio – covered by the most of comprehensive insurance we could find.

Unlike most holidays, however, where I try to stay “offline” as much as possible, it has been necessary to check in with family and colleagues to let them know how we’re getting (and, indeed, write this postcard for the Telegraph on my phone on a winding bus journey to Paraty). So safe to say I have not switched off in the way that I would have liked to on a holiday I’ve been looking forward to for months, but the circumstances have meant there’s been no other sensible option.

There’s also been a necessity to check the news and emails from time to time in case our airline (Norwegian) has collapsed, cancelled or rearranged our flight. Or indeed, to check if Brazil has followed neighbouring Argentina and Bolivia and closed its borders to European visitors. It’s a good job we have been checking because, as it turns out, Norwegian has just in the last hour emailed to say we have to travel home two days earlier than planned, on Friday, as they are slashing their network by 85%.

So far we are not exhibiting any flu-like symptoms, so will be carrying on with the final days of our trip (of course taking all the precautionary measures the Brazilian and British governments are advising, and washing our hands like there’s no tomorrow). After Paraty, we will be spending two nights on the island of Ilha Grande for some voluntary self isolation before heading home on the emergency Norwegian flight back to the UK.

So yes, the truth is it has been refreshing to absorb the “Rio way” of coping with a crisis like this. Even if that “way” may, in hindsight, seem somewhat reckless. A news bulletin I just saw on a TV at a service station, with a presenter interviewing someone on Copacabana Beach, read “a praia pode esperar” – “The Beach Can Wait”. It’s hard to see anyone heeding this advice any time soon.

Like a bowl of acai, or a softly strummed samba ditty, there’s a bittersweetness to this holiday. It’s been wonderful to get away from everything, but also hugely distressing to see all the dystopian news unfolding back at home – and to know that this will be the last overseas trip I take for some time.