A postcard from Paris, where the streets are empty and residents are stockpiling fine wine 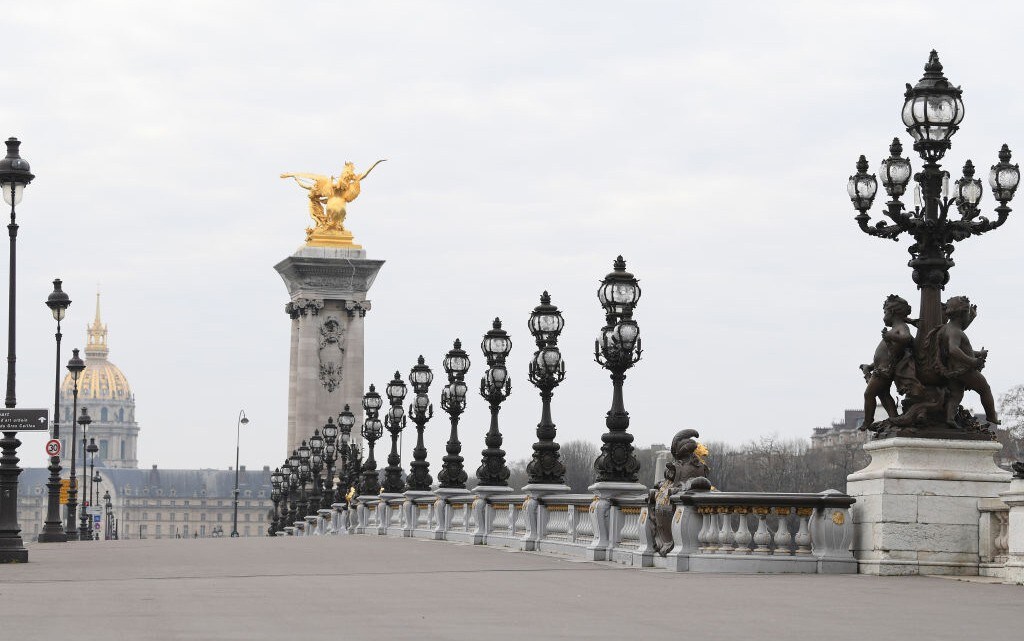 I have lived in France for half my adult life – today in Montmartre in the north of the Paris – and the French still get me with their Frenchness: their at-all-times Frenchness. “C’est la merde,” said the waiter at my local bar-brasserie following prime minister Edouard Philippe’s announcement on Saturday that all “non-essential” establishments would be forced to close the following day to try and stem the spread of coronavirus (which, at the time of writing, has over 9,000 confirmed cases in France and has caused 264 deaths).

As the affable waiter poured me a last wine on the packed café-terrace, the atmosphere was the same as it had been all week, despite public health advice for social distancing. Friends did “les bises” on each cheek, there was glass clinking all round, and the usual smoking across each other. It was almost extra jovial that night, but with an edge; a surprise party where everyone is waiting for the birthday boy, except the birthday boy is called quarantine.

That was Saturday. On Sunday morning, Paris’s bars and cafés – which stayed open amid wartime occupation, general strikes, and one of Europe’s deadliest terrorist attacks – were all shut for business. It was also the first truly  warm spring Sunday of the year, and sun-loving Parisians couldn’t be stopped from going out and strolling with ice creams (for some reason ice cream parlours were still open) and promenading in the city’s manicured parks, moto helmets looped round their arms like Hermès bags.

Still, we were aware that more constraint on movement was coming. Florists and plant shops held everything-must-go sales and Parisians – who largely live in six-storey Haussmann-style apartment buildings, and don’t have gardens – stocked up on home foliage. At a local upmarket florist, the friendly owner put a crate of potted daffodils out the front of his shop with as sign saying “servez-vous” (help yourself). I did, and now my cheery yellow blooms accompany me in my confinement in my sixth-floor walk-up.

The government knew too well that the French are not, in general, inclined to follow rules closely (have you ever seen people queue for a bus in Paris?), and so Papa Macron needed to place stricter measures in order to keep people at home. On Monday evening I watched with a glass of wine as the president told the nation that we are “at war” with the virus, and in order to fight it, the French would need to grin and bear total confinement except for essential déplacements.

People were given until noon on Tuesday to get where they wanted to be for the duration of the confinement. Many Parisians, notably those with young families – as well as those lucky enough to have or to know people with country houses – packed up their bumper-battered hatchbacks and headed for the countryside in Normandy, Burgundy and beyond.

As of Tuesday, we have been required to fill in a form called an “Attestation de déplacement dérogatoire” each time we leave the house, and take it with us, or else face a fine of 135 euros. So far, I have not been asked to present mine to anyone, though the Minister of the Interior, Christophe Castaner, reported that 4,095 fines were handed out on Wednesday.

A tendency to unruliness and protest (a contrast from Britons, who are more inclined to grumble and get on with it) means the French president knows he won’t get away with not providing for the nation at this time. So he has reassured the public with a number of measures including deferred tax payments and financial support for laid-off employees and struggling freelancers. Perhaps as a result of this, there is not so much panic here as there seems to be back home in London, and a little less stockpiling – though my local wine-seller said she did double her usual business on Sunday. Her shop is still open today.

I am amused and sort of delighted with the reminder of what is considered essential in this country. As the first blossoms pop up on the long-bare branches, Parisians go out to pick up fresh fruit and vegetables from their local primeur, where there are still cheerful piles of different kinds of lettuce and precarious towers of hearty apples.

My local fromagerie is open, and as I pick out a slice of nutty Comté and pleasingly tangy Rocamadour goat’s cheese, the cheesemonger explains that “bien sûr!” they are still open, as cheese is an essential.

The local boulangerie-patisseries are fully stocked with the normal range of freshly baked breads – wholegrain, seeded, and of course the perfectly crusty baguette. I had thought maybe pastry production would slow down, but I see all the usual delicious suspects: rows of chubby chocolate éclairs, delicate tartes aux pommes and endless varieties of invitingly flaky croissants.

And, of course, as a potentially deadly respiratory disease spreads, which establishment has the biggest queue? The Tabac cigarette seller, of course! A perfect example of the joie de vivre French attitude: if we are going to die, we may as well do it enjoying fine wine, good cheese, baguette and a cigarette.

I lived here during the Bataclan attacks in 2015 and was moved then by Parisian stoicism in the face of adversity, evoking the city’s Latin motto “Fluctuat nec mergitur” or “rocked [by the waves], but does not sink”. I must say, being here now – despite its many imperfections – I’ve fallen more in love with the city that ever.

Beyond anything else, it is so stupidly beautiful. From the sandstone loveliness of the Haussmann apartment building opposite (and yes, I am now intimately familiar with the daily routines of my neighbours), to the sweeping vista from the steps of the Sacré-Cœur Basillica, where I and a few dozen other locals came for a runabout today (with permission slip in the pocket, of course).

Though it is difficult being separated from my family, and being cooped up, there is no place I’d rather be. The Parisians have a grace about them that is irrepressible. Yesterday as I went to get some fresh fruit, the young local fruit-seller wished me a “bon confinement” and I marvelled, still, at the Frenchness of it all.