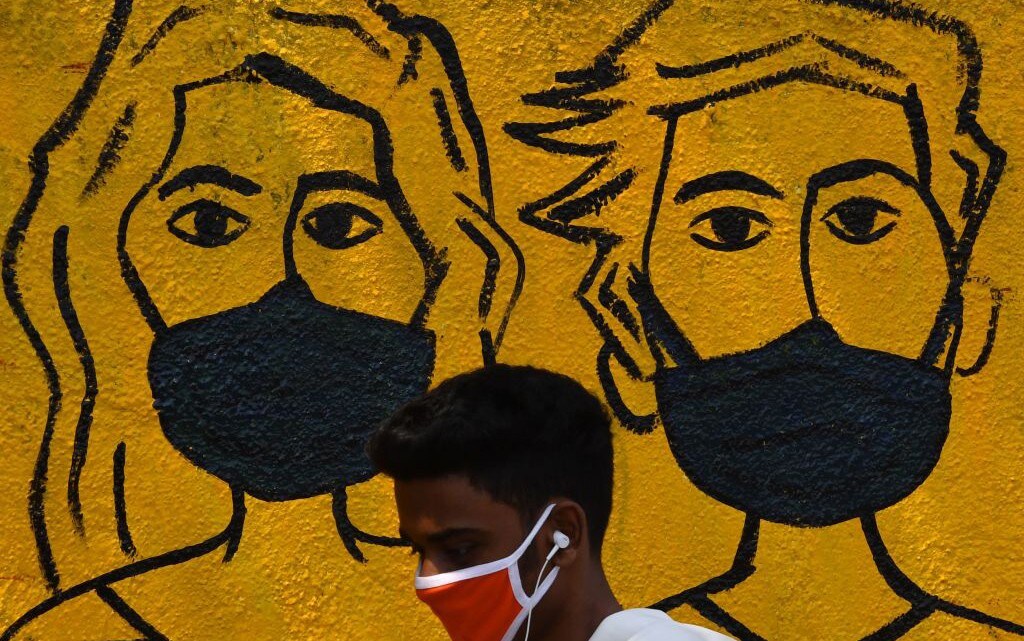 Up until India’s ‘janata curfew’ began at 7am on Sunday, yoga influencers had been persistent in utilising the three-kilometre, super-clean shoreline of south Goa’s Agonda Beach for breezy Instagram content.

With incoming tourist visas scrapped from March 13, Agonda’s beach huts had gradually emptied over the previous week. By Sunday, when businesses shut nationwide and the population hunkered down, cows and stray dogs largely had the sand to themselves.

I sat in a café opposite, reading tweets shaming people in the UK for going to pubs before the UK lockdown. I also read about the devastation India’s 1.3 billion population could suffer when its comparatively small number of confirmed Covid-19 cases – in the low hundreds until the end of last week – snowballed. Considering India’s under-funded health system and ridiculously densely populated cities, predictions were grim.

I was sitting alone and doused my digits in sanitiser as I judged the shoulder-rubbing boozers, but was I squeaky-clean? Like many here I was staying in a tiny hut with no kitchen facilities, so felt justified in going to quiet restaurants for meals. Goa’s lack of verified coronavirus cases bred a false sense of security, but like in the UK, the threshold of acceptable behaviour seemed to move daily.

As the restaurants shut on Saturday night my beach hut manager told me that he was closing his kitchen for curfew, leaving me to run to the one proper food shop nearby. The chocolate biscuits, Pringles and instant noodles I procured would surely see me through.

On Sunday morning, curfew day, hotel workers traded social media rumours. Planes would fly overhead dispensing coronavirus-killing gas. The internet was off because of a sinister communications shutdown. Tame claims compared to much of India’s messaging app-fuelled fake news online circus. In Gujarat last month I was shown a video of a minor street scuffle in China, claiming it showed police slitting a coronavirus carrier’s throat, to stop the spread.

To distract myself from such speculations I read a book about nuclear bombs. At 6pm I wandered between the huts, searching for a kettle with my plastic noodle cup in hand, but gave up after finding the kitchen padlocked.

When curfew ended at 9pm I joined a few tourists scouring the dead quiet street. They lifted plastic sheets shrouding stalls in the hope of finding owners sleeping underneath, to buy food from. Someone showed me a news story on their phone: Goa curfew extended by three days.

@RachelReevesMP My friend and her family are stuck in India with no information on when they can return to the UK, they are with elderly and vulnerable people who will run out of essential medication if they cannot return soon – please don’t forget our UK nationals in India!

The story was the same in much of India. As the new week began authorities implemented the biggest lockdown in history, ordering over 750 million people to stay at home. Plane, train and bus services were scrapped or hugely reduced, with many state borders shut.

On Tuesday afternoon, when Goa’s lockdown was extended yet again, I holed up in a pricier beach house. The manager told me he’d keep the kitchen stocked and make sure I had a kettle. I was lucky; posts about Goa hotels turfing out tourists were appearing in Facebook groups with titles like ‘Brits stuck in India’.

On March 20 the British High Commission in New Delhi advised British citizens to return from India before flights out of the country were cancelled from March 22. Many couldn’t do so in time, or chose not to. Discontent with the British response to the strandings bubbled to a simmer; Foreign Secretary Dominic Raab said his government was “engaging with numerous governments to keep commercial routes open”.

On Tuesday negotiations bore quickly-devoured fruit, with seats on a Wednesday flight from Goa to Manchester announced by the High Commission in New Delhi, then promptly selling out. Indian authorities have, as yet, showed little willingness to relent further on the passenger flight ban.

@UKinIndia @UKinAhmedabad my parents are British citizens & have been stuck in Rajkot, India & not been able to leave. My grandmother suddenly passed away in UK & my parents called the @UKinIndia but haven’t been given any help. Please help repatriate them back to the UK.

Still, Agonda seems a better place than many in India to be stranded in. I’ve encountered anti-foreigner sentiment here, such as when a hotel manager told me he turned away a woman because she was Italian. But such incidents seem rarer than in many areas of the country.

A British friend hiding in a hotel in Rajasthan was told by the manager to not leave the building, for fear she’d be attacked in the street. Later, three officials arrived, stamped a “quarantine” mark on her hand, and told her she couldn’t leave her room for two weeks because she was from a Covid-19 hotspot. She said she’d not been to the UK since January, to no avail.

In New Delhi, before the city lockdown, a Slovenian friend had a heated exchange with a taxi driver over his nationality. He used to say, “Slovenia: it’s tiny and next to Italy” when introducing himself. Since the incident he’s dropped the Italy reference.

Agonda seems to have avoided mass outbreaks of such skirmishes – at least on my end of the beach. There are hotel dashes and constant flight information checks. But there are pockets of calm, as India braces to hit its Covid-19 curve hard.

On Tuesday some yoga types ventured back onto the sand during sunset. One woman played guitar while her bikini-clad friend assumed the bridge position. Maybe they thought they weren’t breaking curfew by walking out to the golden stretch from the huts, or maybe they just didn’t care.

Then Narendra Modi announced 21 more days of national lockdown. “Forget for 21 days what it is like to venture outside,” India’s Prime Minister said. I messaged my hotel manager to check if I could stay for the duration. “Inshallah”, he replied.

I put the kettle on.