10 reasons to visit the ‘Hawaii of Europe’ 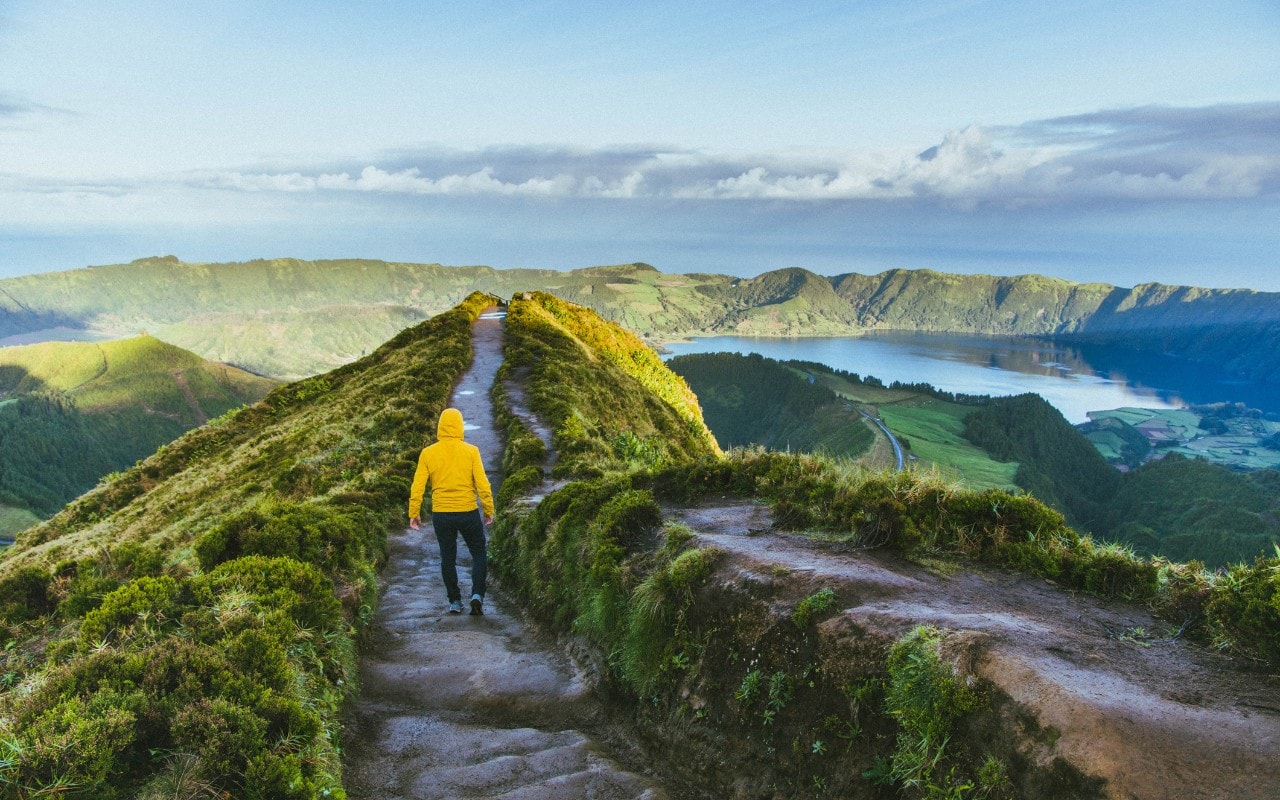 With the ‘Hawaii of Europe’ about to become more accessible, Chris Leadbeater looks at the best of the islands to visit and the deals to seek out

It is no great leap of hyperbole to describe the Azores as the “Hawaii of Europe”. True, the weather is nowhere near as spectacular, but the scenery is – and it doesn’t take the best part of a day to get there. Portugal’s nine-island mid-Atlantic archipelago will become more accessible, via the April 1 launch of a Ryanair service from Stansted to Terceira – a weekly flight (return fares from £70) that will complement the airline’s link with Ponta Delgada on Sao Miguel (also from Stansted). Portuguese national carrier TAP is another option – via Lisbon.

If you are planning a first trip to the Azores, it makes sense to start with Sao Miguel – which is not only the most accessible island, but the largest. Ponta Delgada has a restaurant scene befitting a capital city, while the archipelago’s volcanic origins are fully on display at the Lagoa das Sete Cidades – a caldera which plays glorious host to two distinct lakes; one green, one blue. The eight-day “Aspects of the Azores” trip sold by Jules Verne spends three nights on the isle, from £1,495pp, including flights.

When Christopher Columbus was sailing home after happening on the New World, he stopped at Santa Maria – the southernmost of the Azores – in February 1493, and received a hostile reception; the locals not liking Spanish boats at their dock. They are more friendly these days. A seven-night stay at the Charming Blue Hotel starts at £1072pp, including flights from Stansted, via Sunvil.

If Sao Miguel (137,800 people) sounds a bit busy, you could flee to Flores, the remote westernmost bookend to the archipelago (and to Europe) – which only 3,900 souls call home. Stare at the sea from the waterfall-laced cliffs near Fajazinha, and there is nothing beyond the horizon until you hit New Jersey. Azores Choice sells a 15-day tour which visits the island along with Sao Miguel and Faial. From £1,800pp with flights.

Looking for scenery so undeniably lava-beholden that it resembles a child’s crayon sketch of a volcano (only without the dinosaurs)? Then you want Pico, the Azores’ poster boy for pointy fire-mountains, which comes to a tip at 7,713ft. You can climb it, if you wish (no mountaineering skills needed), maybe via the eight-day “Walking in the Azores” group tour touted by Exodus. From £1,899pp, with flights.

The archipelago’s loyalty to the volcanic way of doing things means that it even has its own mini-Pompeii – the Farol dos Capelinhos, on Faial. Sixty-three years after the event – the eruption which engulfed the west side of the island in 1957 and 1958 – the lighthouse is still surrounded by a blanket of ash. It features in the self-guided eight-day “Faial and Pico” walking break offered by Explore. From £780pp, flights extra.

The Azores’ reputation as a haven for near-guaranteed encounters with marine mammals is well deserved. Artisan Travel is fully aware of this – dispensing a “Volcanic Wonderland” holiday that looks out for whales and swims with dolphins in the course of eight days spent wholly on Sao Miguel. From £895pp (flights not included).

Sometimes overlooked because it lies so close to perennial “Volcano of the Week” Pico, the wave-lashed sliver that is Sao Jorge is perfect for a hiking holiday. Just ask Inntravel, which devotes the first four days of “The Archipelago Experience” – its 14-night Azorean walking break – to the island. From £1,745pp (not including flights).

There is, of course, a good deal more to the Azores than smoky craters. There is culture too. Where? At Ribeira Grande, on the north coast of Sao Miguel, where the Monte Verde music festival has become a fixture in the islands’ artistic calendar. This year’s shindig (festicket.com/festivals/monte-verde – from £25) is planned for August 6-8.

Ryanair’s new friend wins no points for inventiveness of nomenclature – Terceira (“Third”) is so called because it was… the third island to be found. But it has beauty, especially in the ambience of its south-coast capital Angra do Heroismo. The 10-day “Beyond The Volcano Fly-Drive” by Regent Holidays is £1,595pp – including flights.